There’s no surprise Vancouver ranks so highly as one of the most livable cities in the world. Framed by mountains and hugged by the ocean, even amid downtown rush hour there's a wilderness vista at the end of every street. Despite being the international gateway to British Columbia and Canada’s third-largest metropolis, compared to the likes of London or Paris Vancouver is more akin to a large oceanfront town than a cosmopolitan hub. For its modest size, Vancouver packs a real punch as city experiences go, boasting a burgeoning foodie scene, independent boutiques, craft breweries, artisan coffee shops, theatres, galleries, markets, sports stadiums and one of North America’s largest city parks. And best of all, regardless of it being one of the only cities in the world not to have Uber (in an attempt to support local business), it’s incredibly easy to get around. With 17.5 miles of uninterrupted seawall to be explored by foot or bike, a sky train and a great bus network linking each of the city's unique neighbourhoods, it only takes a day or two for Vancouver to cast its captivating spell on all who visit.

Gastown was Vancouver's first downtown core, named after Yorkshire seaman and barkeep, John Deighton (nicknamed 'Gassy Jack'), who opened the city's first saloon in 1867. Nowadays, Gastown is one of the trendiest neighbourhoods, with cool bars and eateries hidden down every side street. In terms of architecture, you'll know you're in Gastown from the cobblestones and antique lamps. You'll also be alongside the bulk of Vancouver's tourists, who flock down Water Street to catch a glimpse of the city's famous Steam Clock, one of only a few which remains working worldwide.

The third-largest city park in North America and an iconic part of Vancouver's skyline, a visit to Stanley Park is a must whatever time of year you're visiting. Navigate the circumference of the park by bike or foot along the six-mile seawall or take to one of the many trails which weave and wind through the park's core. Stop off at Prospect Point café by the Lions Gate Bridge or the Teahouse by Third Beach for a coffee, ice cream or bite to eat. Stanley Park boasts some of the city's best beaches, so be sure to pack a picnic and plan to spend an afternoon exploring before settling down to enjoy the sunset, toes in sand.

Granville Island is another top spot to tick off the Vancouver bucket list. The Public Market, open seven days a week, attracts flocks of locals and visitors every day in search of local eats and tasty treats. The island is also a hub for the city's creative scene, with many artists, sculptors and designers working in open studios amid the shops, cafés and restaurants. For lunch, stop by the legendary Siegel's Bagels or for a post-shop pint, craft beer lovers should check out the Granville Island Brewery.

For a small city, Vancouver certainly packs a punch when it comes to the diversity of its bars and restaurants. There is a very strong Asian influence in the cities foodie scene, especially when it comes to sushi. Vancouver is known to be one of the best spots for sushi on the Pacific North West Coast. From fine dining to trendy pop-up eateries we can recommend our favourite local spots.

Vancouver and the surrounding neighbourhoods offer more craft breweries per sq/km than most other cities in North America! The craft beer scene continues to boom and Vancouverites have risen the bar when it comes to branding, tasting rooms and food to match. If you're planning on being in the city for a few days, we'll share our favourite spots and hippest hangouts.

Where to stay in Vancouver

The below weather chart showcases Vancouver's summer months, although it is a city blessed by all seasons. Spring and autumn promise fewer tourists and often beautiful weather. From December through to March, Vancouver offers the perfect pre- or post-ski stopover, just a few hours by car from Whistler. 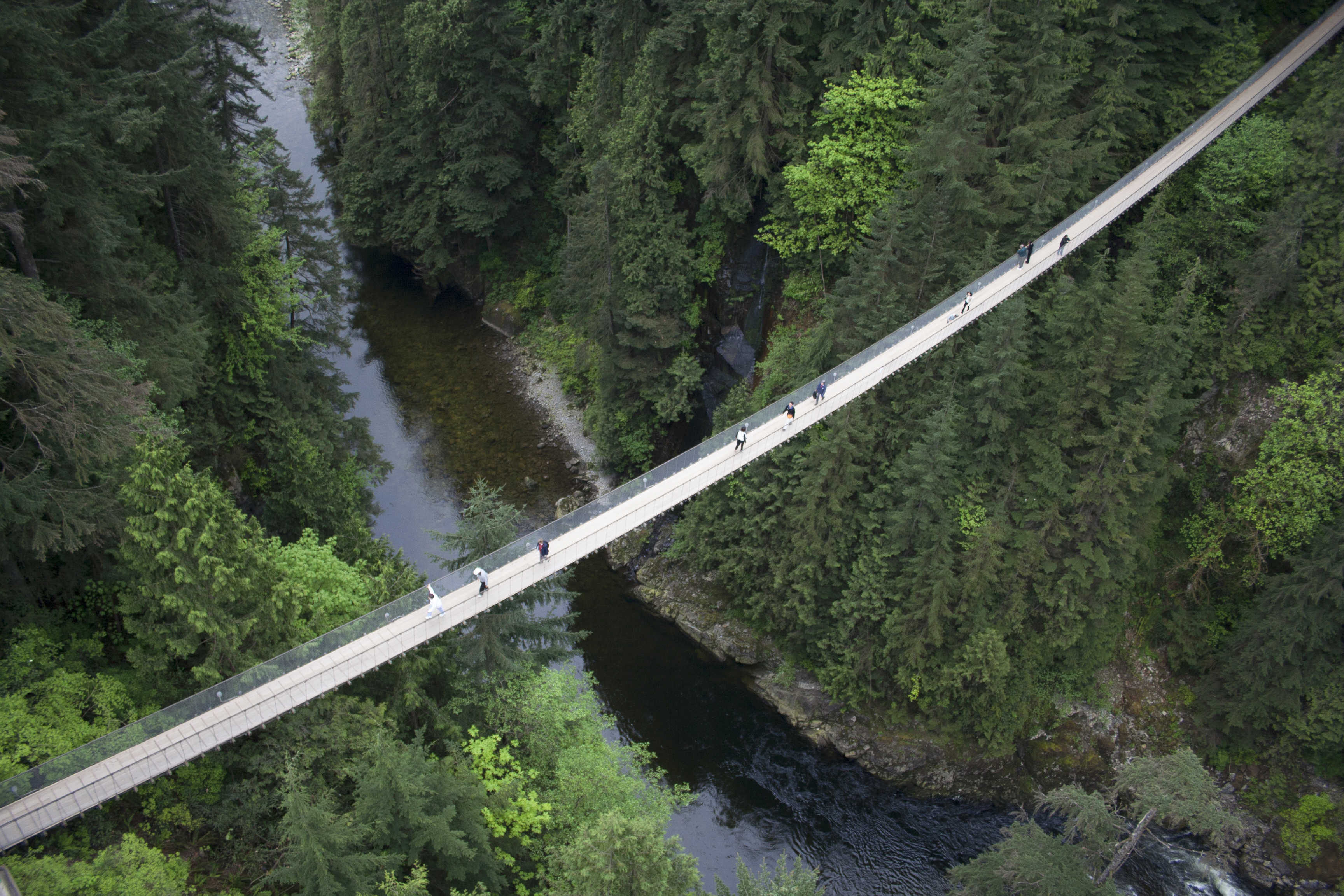 Beyond The Seawall
Just a stone's throw from Vancouver
Vancouver's north shore mountains are easily accessed by public transport or rental car. Tie in a trip to the top of Grouse Mountain to visit the grizzly bears with a visit to the heady heights of Capilano Suspension Bridge. Between the park's seven bridges, learn about the regions history, gain insight into the local fauna and flora and soak up the jaw-dropping views of the valley below. Engulfed by ancient cedars, fir and pine, take a big deep breath of BC air.
Meet the team