Golden temples, tempting tastes, spectacular beaches, intoxicating wilds and a welcome filled with warmth – this is Thailand in a nutshell. Despite its popularity with visitors to Southeast Asia, it has retained a down-to-earth charm that has the capacity to surprise and delight you on a luxury holiday.

Wonderful islands and beaches are aplenty across Thailand’s southern reaches. Each offers something different to the next: Koh Yao Noi serves up jaw-dropping panoramic views of Phang Nga Bay; Koh Lanta is a springboard for some of the world’s best diving; Koh Samui has a delightful tropical vibe; and Krabi is a classic image of limestone cliffs lording over golden sands that you’ll never grow tired of.

Most people's entry point is the capital of Bangkok, an intense hit of history and culture personified by gilded temples, Buddhas, steaming street markets and skyscrapers. To the north, the moated city of Chiang Mai rewards those who visit with a thread of ornate temples and antiquity around every corner, while rolling countryside, hill tribe culture and ethical elephant encounters lie beyond.

Nicknamed the 'Land of Smiles', Thailand's friendly locals never fail to make an indelible impression on your soul. But the country is very much like its tongue-tingling cuisine – warm, tantalising and bursting with flavour.

Escape to its dreamy islands

Far smaller than its big brother Phuket, you can’t help but fall for the chilled island ambience Koh Samui emits through its gentle waves, secluded bays and dreamy pool villas. For a glimpse of local life, Bophut’s Fisherman’s Village was once famed for its daily catch, but now its rustic huts are home to boutique shops and a charming café culture, while the buzzing beaches on its east coast are perfect for a sundowner. Near neighbour Koh Phangan carries an undeserving label of being a backpackers’ haven but it’s easy to escape to idyllic coves and unspoilt jungle. Anantara Rasananda offers a sophisticated base from which to explore, with the bright blue lagoons and forested islands of Ang Thong National Marine Park within easy reach.

Feeling more like a sleepy ancient town than one of Thailand’s biggest cities, Chiang Mai’s historic moated centre is an attractive collection of 1,000-year-old temples, wooden houses and tranquil pagoda gardens. Among its gilded antiquity lies the hilltop Wat Pra That Doi Suthep, one of the country’s most sacred Buddhist sites and a great place to take it sweeping views of Chiang Mai is all its majesty. Make sure you venture beyond the moats though, as a wealth of wild experiences lie beyond, including river rafting, ethical elephant experiences and walking through virgin jungle inhabited by hill tribes eager to show you their traditional culture. Even further north lies the Golden Triangle, where the borders of Thailand, Burma (Myanmar) and Laos meet on the banks of the Mekong River.

Krabi is the Thailand you imagined – dramatic karsts rising above turquoise waters and rugged limestone cliffs hanging over perfect white curves of sand. Its fine beaches make it a great holiday destination to relax in a tropical setting but the surrounding jungle-clad hillsides remind you it’s an adventure waiting to happen, with jungle trails taking you to churning waterfalls and hidden caves. For water babies, dip below the ripples off Koh Lanta for an underwater world like no other. Hin Daeng is home to manta rays and whale sharks, Ko Rok has a kaleidoscopic coral garden teeming with colourful fish and Ko Muk hides a secret lagoon.

In the ‘Land of Smiles’ nowhere will have you grinning from cheek to cheek quite like Elephant Hills. Set among the wilderness of Khao Sok National Park, with one camp in the heart of prime rainforest and the other floating on Cheow Larn Lake, it’s a heartening and ethical way to engage with elephants. Wash them, feed them their daily meals and watch them grazing and roaming free in their stunning natural environment. As well as spending time with these beautiful beasts, there are plenty of other ways to soak up the jungle, from canoeing down the Sok River to trekking through its wilds.

Get a taste for Thai cuisine

We all know and love Thai cuisine. Food is a way of life here and it’s essential to try its many flavoursome dishes to understand Thailand. The local markets of Bangkok are a treat for the senses, a rich array of smells, colours and sounds, while fine-dining restaurants are a tasty window into how Thai food has been interpreted in modern cooking. The markets of Chiang Mai show off its staple ingredients but the best way to appreciate the flavours of Thai food is through a cooking class, where a local chef will help you buy ingredients from the markets, cook it the traditional way and then devour your creations. Yum!

Where to stay in Thailand

Thailand is a fantastic destination to hop around for a multi-centre holiday, mixing the beach, jungle-covered north and city bustle of Bangkok in one incredible adventure. There is rich variety in the places you can stay, too, from stylish sanctuaries in the middle of the capital to rainforest boutiques pitched in the heart of some of Thailand's most spectacular landscapes. After all those thrills, you'll want somewhere to relax for a few days and Thailand's islands harbour an abundance of idyllic beach boltholes for you to escape to. 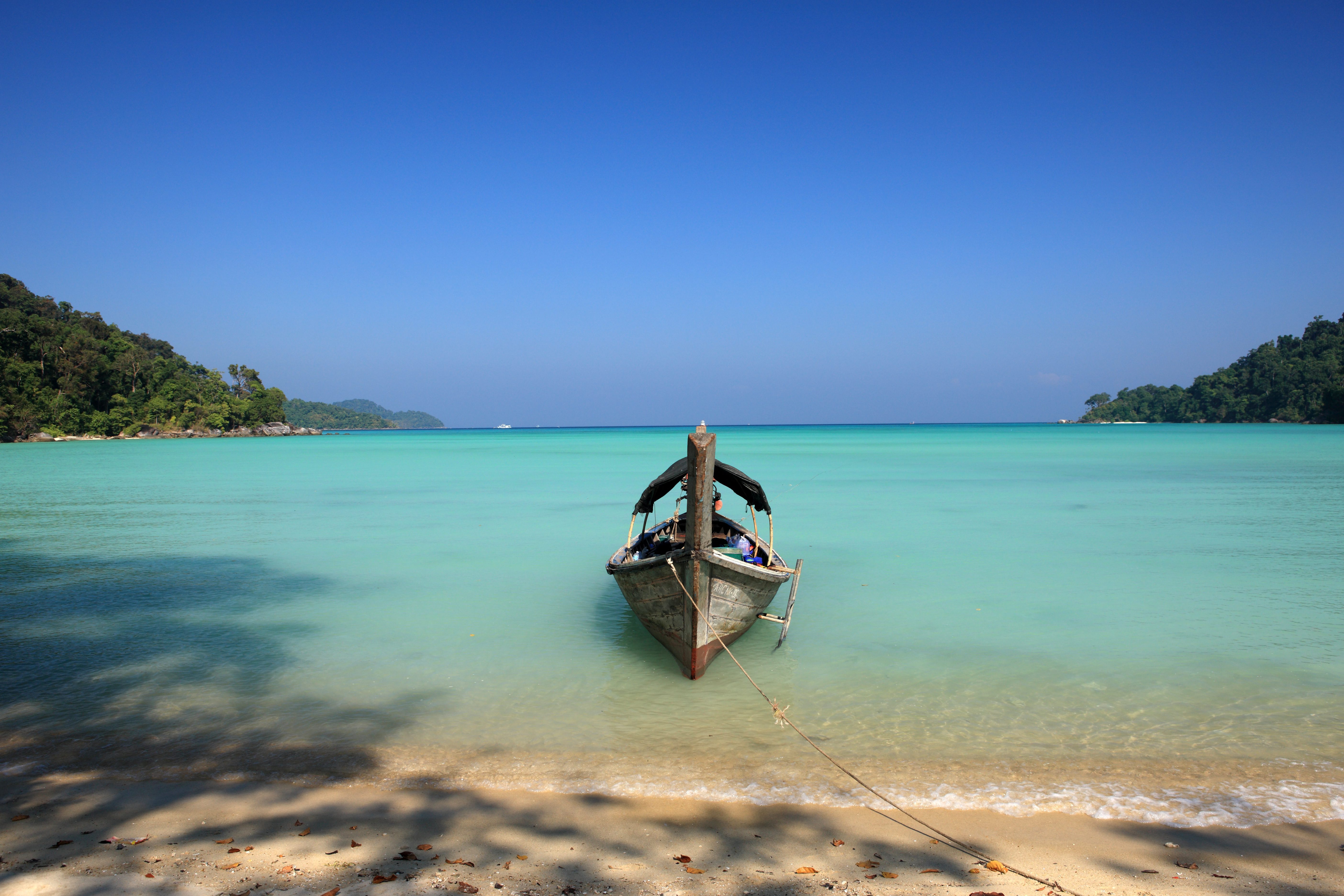 The best time to visit Thailand

Thailand’s weather can differ depending on which part of the country you’re visiting, with some regions experiencing dry, sunny days when others are in the middle of monsoon season.

In Bangkok, Kanchanaburi, Chiang Mai and the Golden Triangle, the dry season runs from November to May, with little to no rain expected. Even this can roughly be broken into two, with December and January experiencing temperatures around 30°C. From February onwards, the heat rises and the mercury has been known to touch 40°C in the central regions.

The rainy season begins in June and usually lasts until October, with a sticky heat joining the clouds. Early on (June to August) the rains come in short, sharp showers that often disappear within an hour. The later you travel in the wet season the higher the chances are the showers become heavier and longer. October is the tail end of the wet season, where rains dissipate and the weather is cool, making for a great weather window in which to plan your holiday.

Unlike the upper mainland of Thailand, the islands of Koh Samui and Koh Phangan experience the bulk of their rain from October to early January, with November and December peak monsoon season. From rest of January until April, days are dry, sunny and warm, with temperatures ranging from the late 20s to the early 30s (degrees Celsius). Some rainfall often falls during May, though you’ll still get plenty of sunshine. The summer months from June to August then return to being dry and hot, while the rest of Thailand gets soaked, before September sees a sprinkling of showers in anticipation of the rainy season returning.

Phuket, Khao Sok, Krabi, Koh Lanta and the surrounding islands have a similar yearly weather pattern to Bangkok and Chiang Mai. November to March bring the best weather, with dry heat (temperatures between 25°C-32°C) tempered by a cooling breeze making conditions outside comfortable. From March, the humidity and mercury rises (sometimes north of 35°C), while the winds disappear.

May marks the monsoon season starting and, inevitably, the chance of wet weather increases. Short, heavy downpours in the afternoon are usually the order of the day, but September and October can experience much heavier and more frequent bursts. If you’re visiting Elephant Hills in Khao Sok National Park, monsoon season is great, with the land a lush green and wildlife easier to spot. Here, some rain can occur year-round, too.

Do I need vaccinations for Thailand?

Hepatitis A, Typhoid, Polio and Tetanus-Diphtheria vaccinations are currently recommended and Thailand is deemed to have a risk of Malaria (with the exception of Bangkok) and the Zika virus. If you’re entering Thailand from a Yellow Fever zone, possession of a valid Yellow Fever inoculation certificate is required. For any current travel health advice, you should seek guidance from your GP at least four to six weeks prior to travel.

What is the time difference between Thailand and the UK?

The time difference is GMT +7 hours.

How long is the flight to Thailand?

The flight time from London to Bangkok is 12 hours. Places like Chiang Mai and Phuket are no more than an hour’s flight away from the capital and you can also return to the UK from other Thai cities via the Middle East.

What is the currency in Thailand?

The currency is the Thai baht.

Do I need visa for a holiday in Thailand? 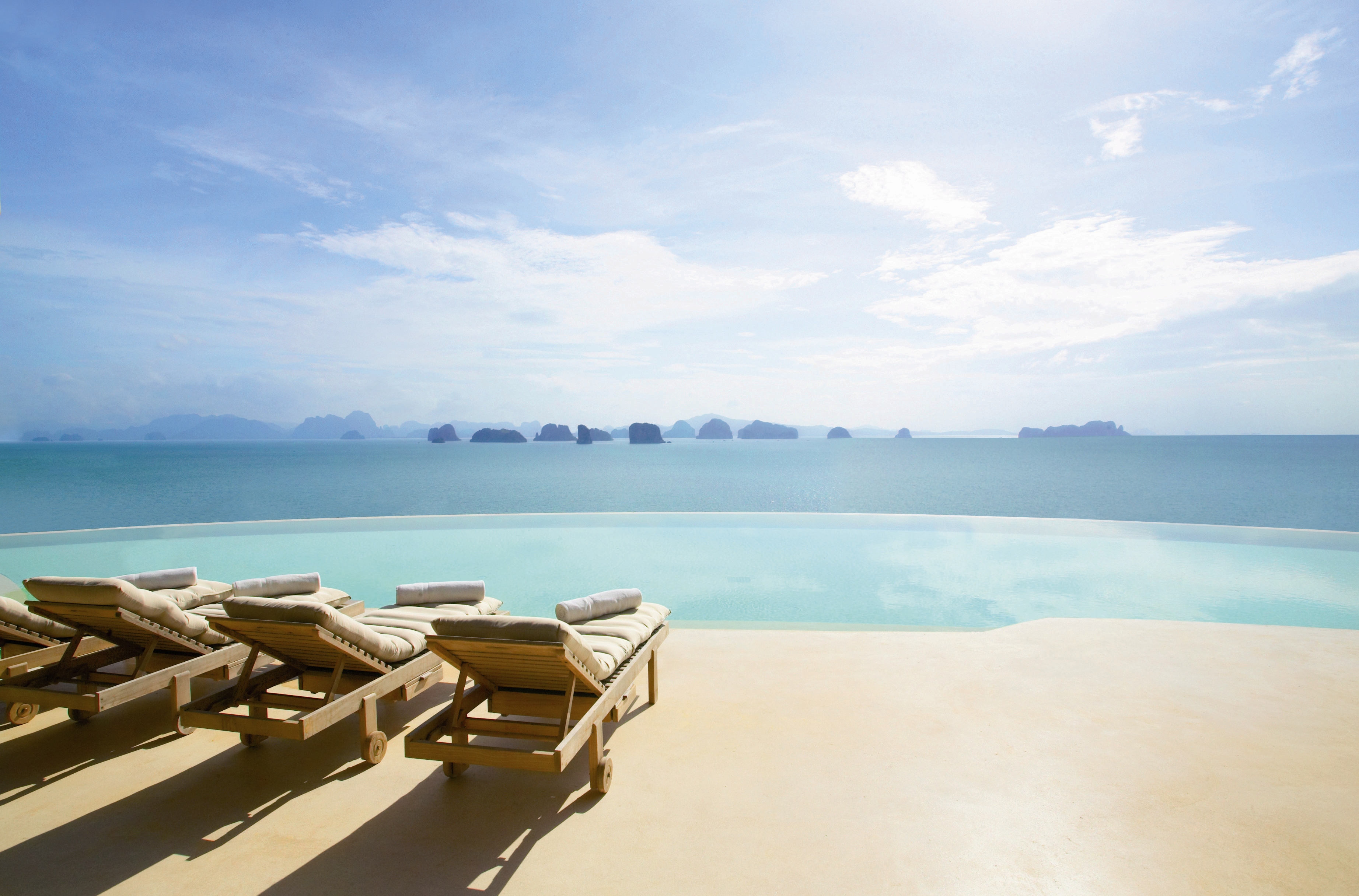 Thailand inspiration
CANVAS
“What makes ‘The Land of Smiles’ so special to me, is the sheer diversity of Thailand – it’s a melting pot of so many elements. While the beaches are breathtaking and the hotels stunning, it’s the other, more surprising, elements that you should experience, too. The beauty of its landscapes, the warmth of the local people, and the seamless blend of modern life with traditional culture, add such a unique experience to any trip. You are just bound to fall in love!” Rachel Gleave, Asia & Australia Product Manager

Head to our blog CANVAS for more inspiration, insider secrets and diaries from our team on Thailand.
Head to CANVAS
Luxury Holiday Offers

View All Special Offers in Thailand
Stay in touch