Rightly lauded for its gorgeous stretches of powder-soft beach, Barbados holidays often top the charts for a luxury escape to the Caribbean. It’s a dreamy island that leaps off the postcards, its fringes dominated by palm-flecked sands and secluded azure bays.

But among the sun-drenched Caribbean cool, a fine thread of quaint British tradition runs deep, a trait inherited from its colonial days. The Anglican churches, red post boxes and time-honoured sugar mills that speckle its UNESCO-listed capital, Bridgetown, are pretty reminders of its past but it’s the charming locals that really leave a lasting impression.

Outside the city, sugar cane plantations and rum distilleries patchwork the rolling countryside of Barbados’ picturesque interior. But its A-grade beaches aren’t too far from any visitor’s mind. As well as its superb sands to collapse on, the unique geographical position Barbados finds itself in offers two different sides to its coast – the wild Atlantic in the east is a haven for thrill-seeking surfers and the sleepy Caribbean coast in the west is an oasis of mill-pond calm. The cove at North Point is a spectacular place to see where these two great seas meet, a natural phenomenon which mirrors Barbados’ charismatic collision of cultures.

Right in the heart of Barbados lies one of its best natural living wonders: Harrison's Cave. Head deep below the forested hillside to discover a 1.5-mile long cavern dripping with mammoth stalagmites and stalactites that catch the eye in some of the cave’s landmarks, such as the Village and the Great Hall. Hop on a tour aboard a tram and go deep into its spectacular galleries, winding past subterranean streams, glassy mineral pools and a luminous waterfall. It’s a magical underground world laced with a fascinating history which will leave you gasping at every turn.

Set in the super-cool atmosphere of St Lawrence Gap, Cocktail Kitchen is our number one pick for soaking up beachside views. Its innovative menu matches the pulse of this hip waterfront area, where traditional fare rubs shoulders with more contemporary international food. For the ultimate three-course meal, our pick would be the braised oxtail to start, followed by the parmesan-crusted catch of the day and finished off with the spiced banana sticky toffee pudding. But it’s the cocktails that set this fun diner apart (the clue’s in the name) and whichever you choose, it’s going to taste good when you’re admiring the fine views of the bay from its rooftop bar…

If you’re after the best view of Barbados, then Hackleton’s Cliff arguably has it. The climb up this near-1,000 foot escarpment – one of the highest points on the island – is worth it for the panoramic views of the lush rugged slopes and wild Atlantic coastline. It’s an epic sight of Scotland – no, you aren’t back on the British Isles, rather it’s the Barbados district affectionately named by former settlers as a reminder of their homeland.

Though Bridgetown may have the lion’s share of Barbados’ British history, one of the island’s finest colonial jewels lies in its far north. St. Nicholas Abbey is a sugar plantation and rum distillery built in 1658 and remains one of only three Jacobean mansions in the western hemisphere. The well-preserved grounds, architecture and furniture are a treat to wander, while a charming museum sheds more light on its captivating history. Tours will often include rum tasting and with Barbados considered the birthplace of rum, there’s no better place to savour this spirit.

The calm waters of Barbados’ west Caribbean coast are ideal conditions for a relaxing catamaran cruise. Admire the calm sea views before taking a dip to snorkel with turtles or see a shipwreck resting on the ocean floor. Dry off for a tasty Bajan buffet meal served on deck with rum punch. You can choose from day or sunset cruises, the latter adding a splash of romance to your watery adventure.

Where to stay in Barbados

Famed for its platinum-blonde beaches, Barbados' dreamy fringes are also where you'll find luxury places to stay. There are grand colonial buildings tucked within tropical gardens to stay in or beach resorts fringed with palms, all with which offer postcard-perfect views of the Caribbean Sea.

The best time to visit Barbados

Barbados is a year-round holiday destination, with temperatures averaging a pleasant 28°C.

December to April marks Barbados’ dry season, where warm and dry temperatures are matched with cloud-free skies, while trade winds bring cooling breezes – the ideal winter sun escape. February is one of the best months to visit, as you can twin the wonderful weather with the vibrant street parades of the Holetown Festival, which celebrates the first settlement by the English in 1627. While May brings greater chances of rain, this is usually no more than the odd shower and with crowds thinning after the peak dry season, it can be a great time to book a holiday.

June to November represents the Caribbean’s official hurricane season but the Barbados’ easterly location means it often avoids the brunt of the cyclones. Humidity and the chance of rain is higher during this time and while the threat of tropical storms does exist, they rarely materialise into anything. If you don’t mind braving the odd shower, then visiting during Barbados’ ‘wet season’ will reward you with far smaller crowds and the colourful Crop Over Festival (August), a carnival which marks the end of the sugar cane harvest.

Do I need any vaccinations for Barbados?

No vaccinations are recommended for Barbados but the country is regarded to have a risk of contracting the Zika virus. However, please consult your GP at least four to six weeks prior to travel for current advice.

What is the time difference between Barbados and the UK?

How long is the flight to Barbados?

The flight time from London to Bridgetown is from around nine hours.

What is the currency in Barbados?

The currency is the Barbadian dollar, although US dollars are widely accepted.

Do I need a visa for a holiday in Barbados? 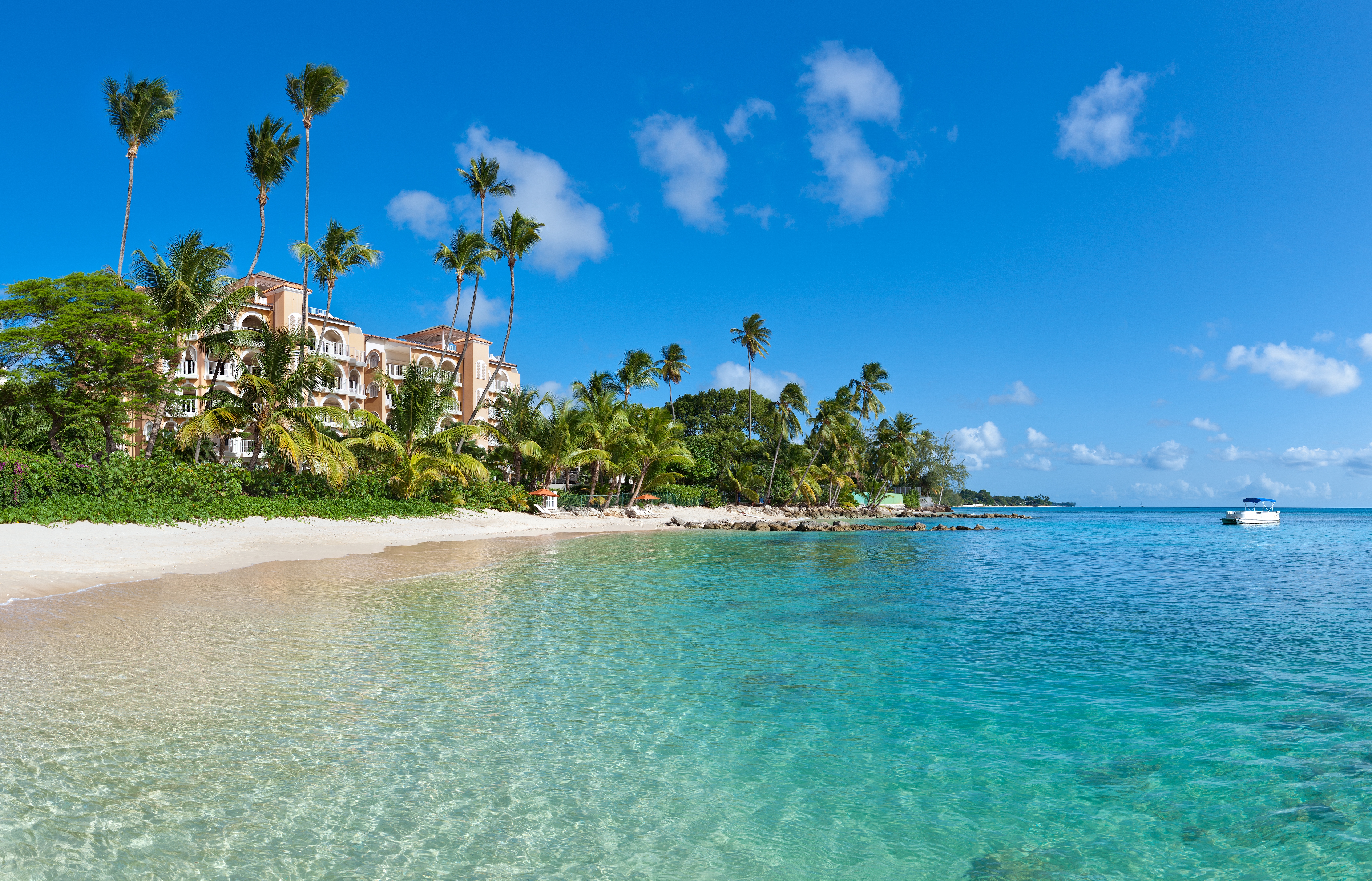 Barbados inspiration
CANVAS
Head to our blog CANVAS for more inspiration, insider secrets and diaries from our team on Barbados.
Head to CANVAS
Stay in touch