Saigon and the South

Fast-paced, fashionable and frenetic, Saigon is the emblem of the new Vietnam. With a wealth of new shopping malls, restaurants and apartments being constructed all the time, there is a discernible sense of excitement about the city – a sense that Vietnam is racing towards a more modern future, with Saigon firmly at the helm.

Long considered more metropolitan than her Northern counterpart Hanoi, Saigon benefits from a tropical climate, plenty of pleasant parks, a vibrant nightlife and a friendly population. Amongst the newly built skyscrapers and modern buildings, there still exist some charming colonial era villas and tree-lined boulevards. Whilst the city’s official name is Ho Chi Minh City, Saigon is still widely referred to by her pre-war name, when she was the capital of French Cochinchina.

In fact the French era architecture constitutes some of Saigon’s most interesting sights. Notre Dame Cathedral is at the heart of the city and is a red brick version of the Paris original. Just opposite is the Post Office, built by Gustave Eiffel and reminiscent of a nineteenth century train station. Dong Khoi is the city’s most famous street: formerly Rue Catinat under the French, this street is now home to a wide variety of boutiques, restaurants, cafés and hotels, as well as the elegant Opera House.

Saigon also offers some fascinating museums, the best of which is the War Remnants Museum. Harrowing and tragic, the museum bears witness to the atrocities of the Vietnam War. What makes this museum all the more remarkable is that it is almost impossible to reconcile the images of war-torn landscape and people, with the welcoming faces and beautiful scenery around you, a mere thirty years on.

Saigon’s Chinatown is another highlight – the huge Binh Tay market is filled with every conceivable item from clothes to food to herbal medicine. The nearby Thien Hau pagoda is an atmospheric and mystical incense-filled pagoda, still in use by the local Chinese population.

An interesting day trip out of Saigon is the Cu Chi tunnels in Tay Ninh province. Used by the infamous Viet Cong for sheltering local people as well as for combat, it is now possible to see techniques used for jungle warfare, basic field hospitals and even to crawl in the tunnels themselves. The tunnels have been enlarged to accommodate tourists and this is a fascinating day out even for those with no specialist interest in the Vietnam War history.

Saigon is a hedonistic city which revels in the delights of shopping and dining. In addition to Dong Khoi and the surrounding streets, Ben Thanh market is a great place to shop for souvenirs or to see the wide variety of fresh produce or flowers on offer. Saigon also boasts some of Vietnam’s most exciting, most delicious and most stylish restaurants. Travellers can choose from traditional Vietnamese, chic fusion food, excellent French, good quality Thai, Japanese or even Korean. After dinner, sip a lychee martini in one of the city’s up and coming bars. The choices are endless.

Known as the rice bowl of Vietnam, the Mekong Delta is an endless stretch of green rice paddies and networks of small waterways branching off from wide rivers. It is here that the Mekong River splits into a complex system of tributaries before reaching its final destination at the South China Sea. These tributaries weave in between a series of islands, whose rural and untouched way of life has a timeless tranquillity.

The fertility of the Delta region is renowned and the vast majority of Vietnam’s rice is grown in this area. Depending on the time of year, it is common to see the picture postcard scenes of Vietnamese people in conical hats tending their rice crops. Many types of exotic fruit are also grown here – you may sample rambutan, dragon fruit, longans, pineapple or custard apples in one of the island fruit orchards.

Most people here earn their living from the land or from the river itself. Many people harvest rice or other agricultural crops, or depend on fish farming. As such, the way of life is simple, cars are few and small sampan boats are a common form of transport. Bicycle is also a wonderful way to explore the islands themselves. The islands are characterised also by their cottage industries, including coconut candy, rice popcorn and brick kilns.

It is possible to visit the Delta as a day trip from Saigon, however this is perhaps to miss the essence of the Delta. Life on the river begins at dawn, when local people congregate at one of the region’s evocative floating markets to trade fresh fruit and vegetables or fish. The best way to experience the Delta is to spend at least one night there, so as to be in situ when the sun rises over the Mekong each morning. The town of Can Tho is easily reached from Saigon in a day and makes a fascinating overnight stay when combined with an early morning trip to the Cai Rang floating market nearby. Deeper into the Delta, the town of Chau Doc is near the Cambodian border and also offers some quality accommodation as well as a unique Cham influenced culture.

One of Indochina’s iconic and atmospheric journeys is to travel along the Mekong from Saigon to Phnom Penh. It is now possible to do this in a number of ways – either a combination of road and boat, staying in character hotels in Can Tho and Chau Doc and taking a morning boat to Phnom Penh, or taking a longer cruise and staying on one of the traditional style and comfortable wooden boats which now operate along this route.

Where to stay in Saigon & The South

Meet our Saigon & The South Specialists 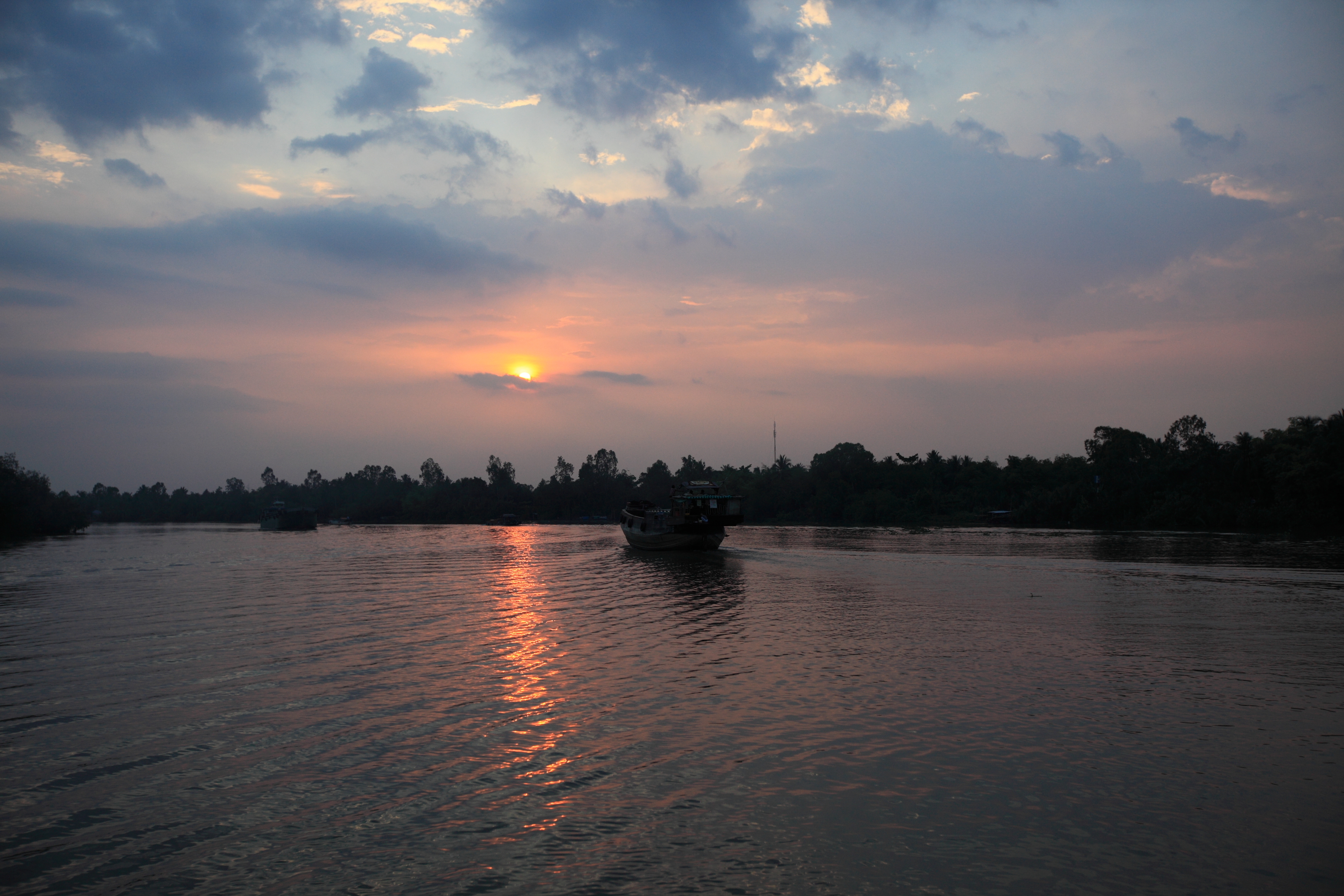