Begun more than one thousand years ago by the legendary Khmer empire, Angkor is one of the world’s most impressive sights. The sheer scale and enormity of the complex will amaze you. Over one thousand temples are contained within the archaeological park which covers an area of more than 400 square kilometres in total.

Most of the main temples however are contained within a more manageable area of 75 square kilometres, with constructions dating from the ninth to the twelfth centuries. The temples were originally Hindu monuments before a large scale conversion to Buddhism occurred in the fourteenth century. Earlier temples still portray detailed carved bas-reliefs of Hindu mythology, such as the epic Ramayana.

For most visitors, the real draw is the iconic Angkor Wat, the largest and most impressive temple. Angkor Wat is said to be the world’s largest religious monument and is also the national symbol of Cambodia, featuring on her flag. Other key temples include Ta Prohm, known as the jungle temple, since large trees have sprung up out of the ruins. The sheer thickness of the tree roots is a visual testament to the ancient age of the temple itself. The sombre and imposing stone faces of the Bayon are another of Angkor’s recognisable highlights, as are the gated entrances to the walled capital of Angkor Thom.

Visitors to temples outside of the main area are rewarded with fewer crowds as well as some fascinating architecture. The Roluous group of temples, amongst the oldest temples of the complex, are well worth a visit. The pink-tinged stone and remarkably well preserved carvings of Banteay Srei are another popular choice. One of the real highlights of any Angkor visit, Beng Mealea is a ruin only recently discovered and promises a true ‘Indiana Jones’ type experience.

The town of Siem Reap nearby is the gateway to the temples. Once a small, hot and dusty market town, Siem Reap is now flourishing under a glut of new hotels and resorts. Tourism is the main industry here but in recent years, a number of excellent resorts have been developed, allowing guests to relax and escape after a long day’s temple touring. There are some excellent Khmer craft boutiques in town, along with an interesting market. There are also many restaurants and cafés to suit all budgets, although not many have air-conditioning, testament to the relatively undeveloped conditions of Cambodia as a whole.

Tired of temples? Siem Reap is located close to the beautiful Tonle Sap lake and it is possible to explore the floating villages of ethnic Vietnamese people here. Alternatively, take a bicycle and leisurely explore the surrounding villages and countryside, so rarely visited by those who come only to marvel at the architecture of Angkor itself.

For the majority of the year, Siem Reap can be very hot. For your comfort, we recommend avoiding midday touring and instead sticking to early to mid morning and mid to late afternoon exploration. Our guides will always try to maximise your experience, avoiding the crowds where possible and giving you the most interesting perspective on these magical temples.

Where to stay in Siem Reap 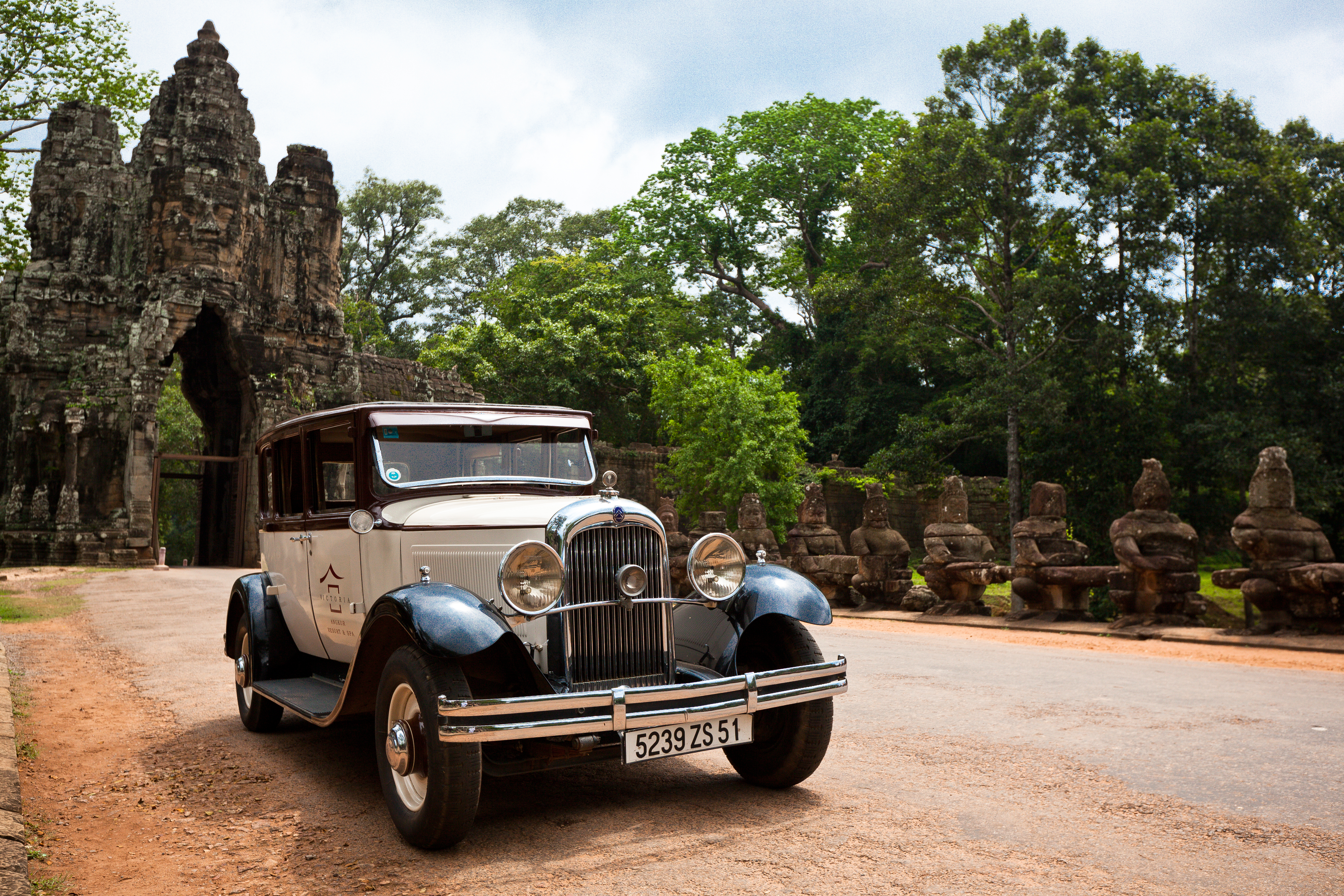