There’s nothing quite like a finding a good coffee shop. The buzz of the bar without the sticky floors, the concept of a trendy restaurant without the formality of menus, table service and long, hungry waits. It is truly mind-blowing how many brilliant baristas there are out there, doing their thing, creating spaces and places for people to find solace, shelter, comfort and caffeine, bursting with charm and character, creativity and vision.

Although our fascination for coffee has strong antipodean roots, Canada seems to have caught on. Even in some of the remotest parts of British Columbia and Alberta, I have stumbled, reusable cup in hand, upon boutique bean roasters aplenty. Let’s start in Vancouver. The metropolis of the west coast and a hub for business and tourism alike, there is a coffee shop on every corner. I’ve chosen five of my favourites, each in a different neighbourhood… a caffeine-inspired guide to British Columbia’s coolest city.

Gastown is the oldest neighbourhood in Vancouver, heralding its name from ‘Gassy Jack’, a Yorkshire seaman and steamboat captain who in 1867, opened Vancouver’s first saloon. Boutique shops and independent eateries line cobbled lamp-lit streets.
Fun fact: Timbertrain was the first to introduce Nitro Cold Brew on tap to the Vancouver coffee scene. 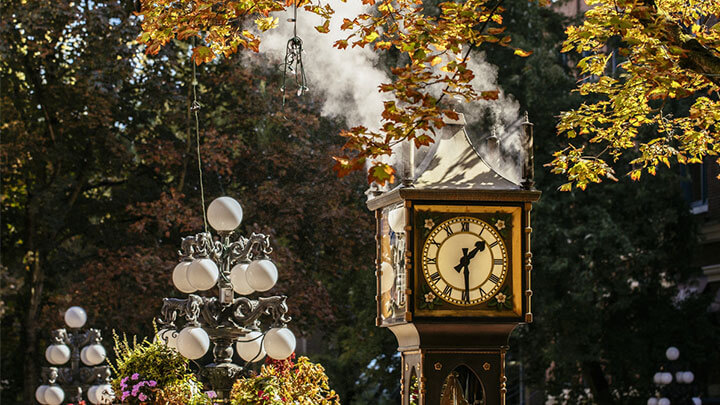 Yaletown is one of Vancouver’s trendiest areas, with warehouse-style buildings and an abundance of bars and restaurants. Here you can find Vancouver’s nightlife, as well as BC Place and Rogers Arena, home to the Canucks, Vancouver’s ice hockey team.
Fun fact: Small Victory is also an artisanal bakery, serving some of the best bread and desserts in the city. 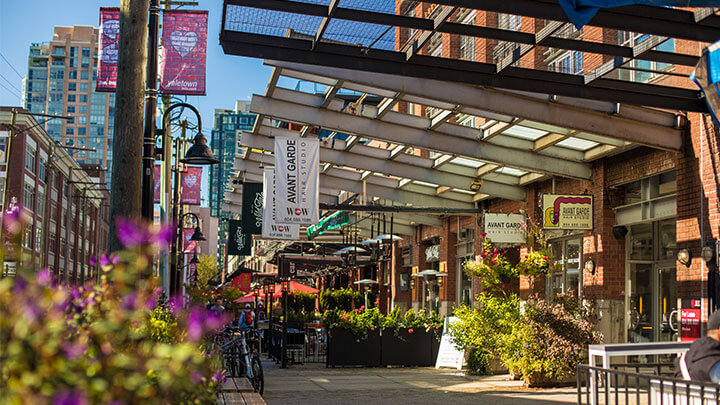 Stanley Park is one the city’s finest attractions and a must for all first-time visitors. Surprisingly there aren’t many cafés in the park itself, so we always recommend grabbing a coffee before or after a cycle or walk in the West End, a leafy and much-loved Vancouver neighbourhood.
Fun fact: As the name suggests, these fine beans have far-flung roots. West Coast heart, Italian soul. 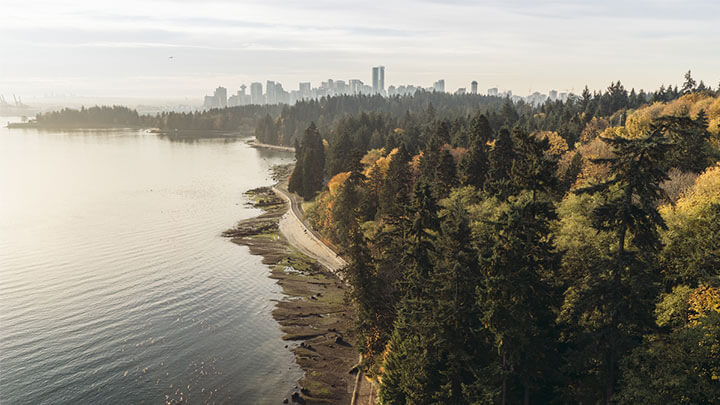 Kitsilano or ‘Kits’ as it’s known to the locals, is a beachside neighbourhood on the southern side of False Creek. The birthplace of Lululemon athletic clothing company and home to all the outdoors shops you could ever need on one street, if you have some time to kill, this neighbourhood is one not to miss.
Fun fact: From Thursday to Sunday, There Their re-opens each evening as ‘Hundy’, a trendy (and delicious!) burger bar. 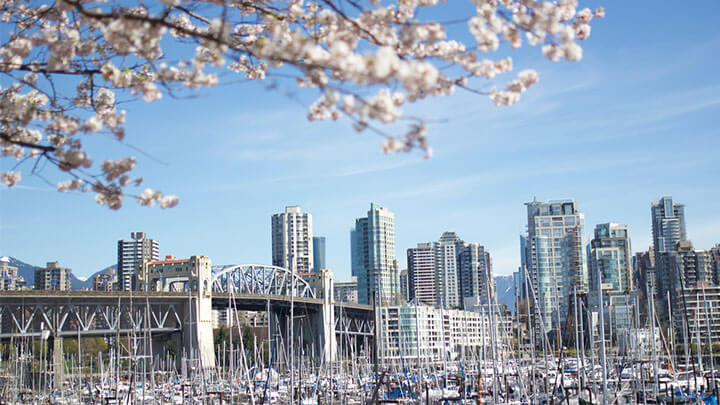 Mount Pleasant is a hidden gem of a neighbourhood in Vancouver, home to many of our favourite craft breweries, such as R&B and 33 Acres.  It’s easily accessible if you’re visiting Granville Island, or you can hop on the sky train from downtown to Cambie Street.

Fun fact: You might spy Elysian coffee in some of the city’s best restaurants, such as Farmer’s Apprentice.

A foodie’s guide to the Maldives