The British Virgin Islands are back!

The British Virgin Islands are back!

The British Virgin Islands have recovered impressively since Hurricane Irma hit the archipelago in 2017 and with locals happier to see visitors more than ever, now’s the best time to go

If you had to travel anywhere in 2019, then the British Virgin Islands should be somewhere near the top of your list. Why? Well, aside from their dazzling-white beaches, you’ll be given plenty of hugs. Yes, you read that right. The cheery locals of this tropical archipelago have always been a welcoming bunch, but now they’ve taken it to a whole new level, embracing every visitor who steps on their sandy shores. 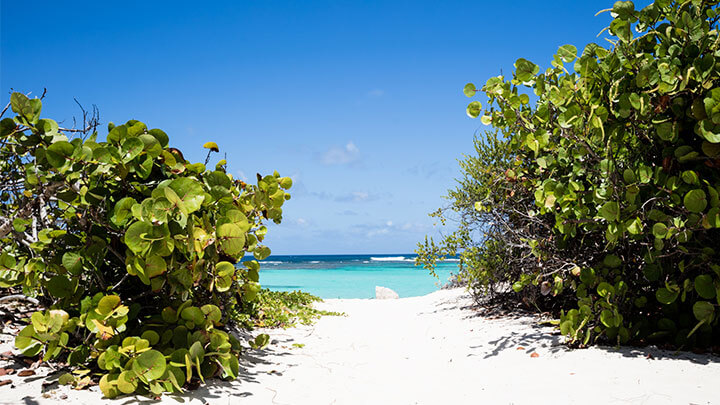 It’s a moment of delight for every visiting tourist, after what’s been an emotional time for the British Virgin Islands. Rewind back to September 2017 and it was devastated by the 215mph winds of Hurricane Irma, the most powerful hurricane ever to land on Caribbean soil. Even though it ripped through 85% of the islands’ buildings, the locals’ steely resilience and positive attitude has led to an impressive recovery. “The islanders were just thankful for their health, both for themselves and their family,” says Ginny Hawksley from the British Virgin Islands Tourist Board. “When they realised they were lucky to be alive, they shrugged off the hurricane and just got on with repairing the damage.”

The response was astonishing – only a few months after the disaster, cruising and sailing trips re-emerged and less than a year after Hurricane Irma’s impact, hotels on the British Virgin Islands began reopening their doors to guests following extensive rebuilding. But like any natural disaster, it can take time for potential visitors to be persuaded to return to a destination that has been splashed across the news as a write-off.

However, the truth is the islands’ famed beaches are back to pre-Irma beauty (and in some cases ironically bettered, with Irma whipping up the sands on Scrub Island) and a large proportion of luxury resorts have reopened, each delivering the A-grade service they are famous for. And, right now, you can have this breathtaking scenery all to yourself. “Six people on a beach constitutes a busy day here,” explains Ginny. “Locals are so happy when they see tourists returning after Hurricane Irma they’re giving them hugs. Visitors are more welcomed now than ever before.” 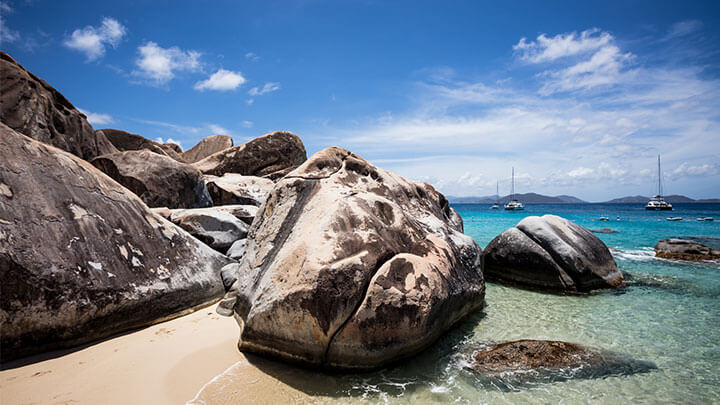 It sounds pretty good to us and what’s better, you can help aid the recovery further simply by visiting this Caribbean gem. So, we’ve rounded up our favourite places to stay across its 60-plus islands, some of which have added a silver lining to Irma’s destruction by taking the opportunity to refresh their offerings. Now, go and give the British Virgin Islands a hug of support and you’ll get a local one in return…

This rainforested bolthole is the ultimate in tropical seclusion. Fully back in business since August 2018, Guana Island’s seven beaches are as pristine as they’ve ever been, with guests able to enjoy acres of space all to themselves. For those who fancy a bit of company, inquisitive rock iguanas and migratory birds such as bananaquits and boobies can often be seen roaming near the resort. But since Hurricane Irma, Guana Island has reinvented itself as a foodie hotspot. It’s doubled the size of its kitchen and organic orchard, the latter abundant with fresh mangos, bananas, papayas and cherries. Couple its fruit selection with wide-ranging vegetable patches and Guana has plenty of tasty farm-to-table dishes to choose from. 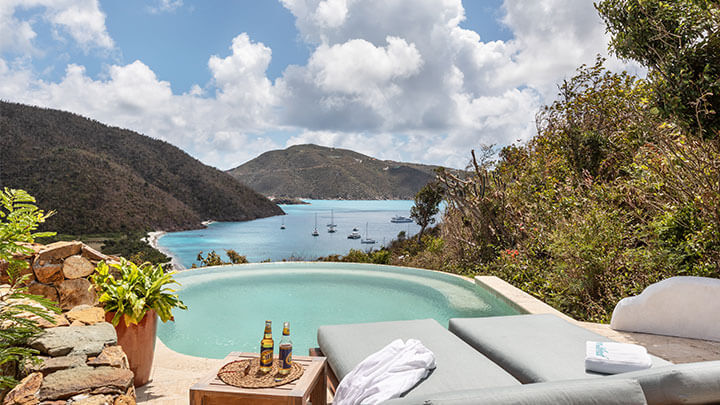 Nestled on the only coral atoll in the British Virgin Islands, Anegada Beach Club is all about glamping in style – chilling on your veranda and soaking up the sweeping beachside views. A tireless workforce meant the resort was back up and running within a matter of weeks, proudly serving up plenty of freshly caught lobster that it’s famed for. Following Hurricane Irma, it’s tweaked its beach-chic look from tented roofs to palapas, which is a Spanish term for palm-thatched cabins. The restaurant, beach bar and pool deck have all been restored to their former glories but one thing that hasn’t changed is the paradisal panoramas you’re treated to from every angle. 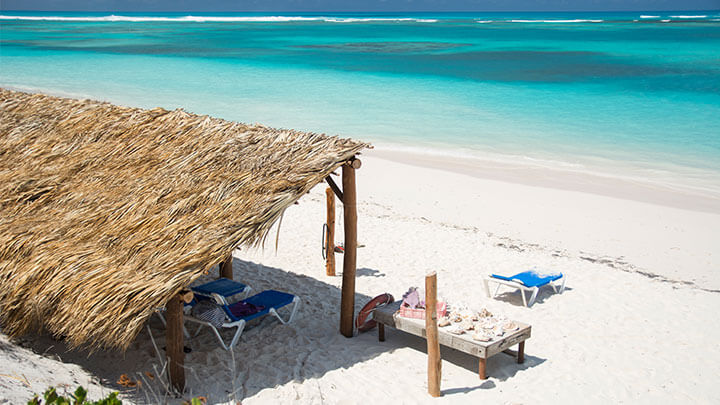 Compared with some of the British Virgin Islands’ other retreats, the eco-chic Cooper Island Beach Club fared well and many of its buildings remained intact. After reopening around Easter 2018, Cooper Island has been busy serving up picture-perfect views, dreamy relaxation and tropical tranquillity for those who visit. But it’s also marked its recovery like any real islander would – by enlarging its Rum Bar! It now boasts 280 different types of rum (and counting), making it the largest selection available in the archipelago. The resort’s intentions are firmly rooted in its immediate landscape, with everything locally sourced and homemade where possible, while it also produces its own drinking water. Even its microbrewery is solar-powered! 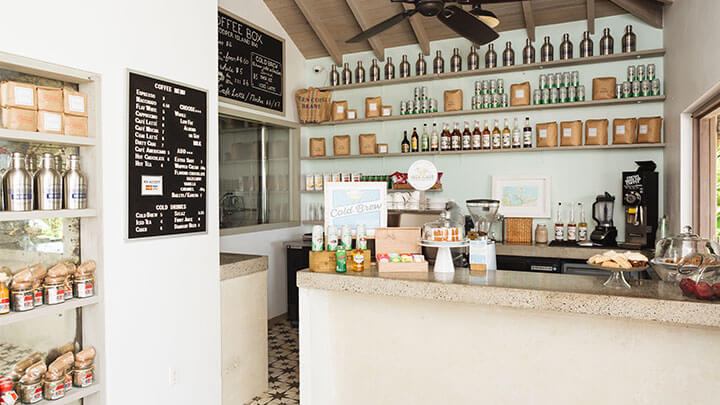 Necker Island is truly a private island like no other: idyllic unspoilt beaches lapped by aquamarine waters and untouched fish-rich coral reefs perfect for snorkelling. While nothing ‘new’ has been introduced, Necker Island was arguably one of the worst affected, with the majority of the landscape and buildings devastated by the storm. As a result, the rebuild has been extensive, painstakingly restoring the Balinese architecture to its former glory. This is barefoot luxury at its very best and if it’s good enough for Richard Branson, then it’s good enough for us… 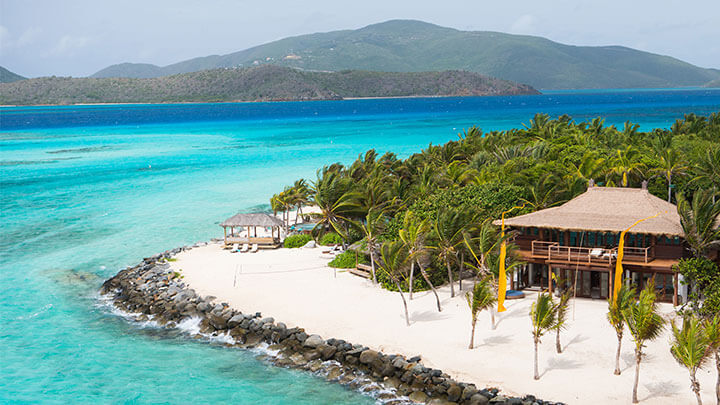 Naturally, the boats of Dream Yacht Charter recovered faster than on-island resorts, resuming their sailing holidays in November 2017 – only two months after Hurricane Irma. Now, their worldwide fleet is bigger than ever before and they’ve been astounded by the loyalty shown by visitors who are clearly smitten by the British Virgin Islands. Most importantly, sailing holidays help boost the fortunes of smaller islands that are often not visited by those staying in the resorts, speeding up their recovery. Even if you aren’t interested in a week-long trip on the Caribbean Sea, a day sail organised by your resort can still help to spread the love between the islands, while giving you an extra slice of pristine paradise at the same time. 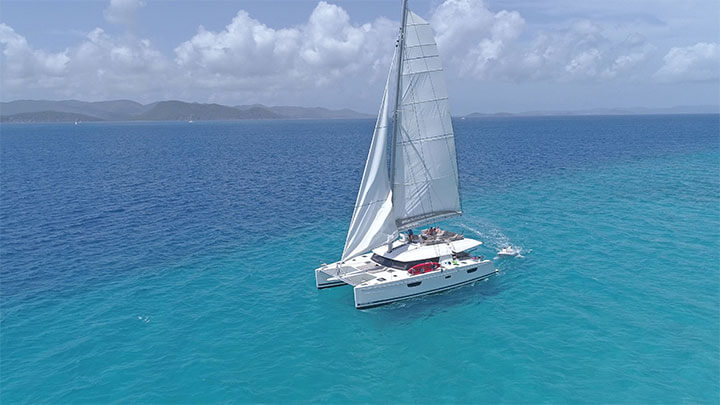 What’s next for the British Virgin Islands?

While some hotels have already opened, more are still to come. Though no date has been confirmed for its reopening, the private isle of Peter Island is an untouched escape in the midst of its rebuild, while on the dreamy island of Virgin Gorda, both Rosewood Little Dix Bay and BIRAS Marina & Resort are looking to open sometime in the near future, too. Keep your eyes peeled! 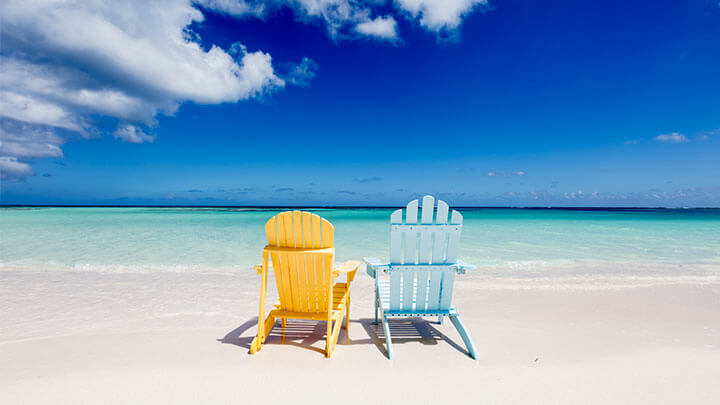 Book your winter escape today! Tap our story to fi

Sundays from the sky 💙 @constancehotels @henri.