Home to some of the finest beaches in the world, the tropical picture-perfect island of the Mauritius looks so good it would make for the perfect film backdrop. And it has, being the tropical setting for a sprinkling of films over the years. But the best yet is its appearance in new Netflix film Resort to Love, produced by Alicia Keys and starring Jay Pharoah and Christina Milian, with the latter most famous for a string of hit singles in the early 2000s, her biggest being AM to PM. It’s all about a failing singer who takes a gig at a luxury island resort to resurrect her career, only to discover it’s where her ex-fiancé is getting married. 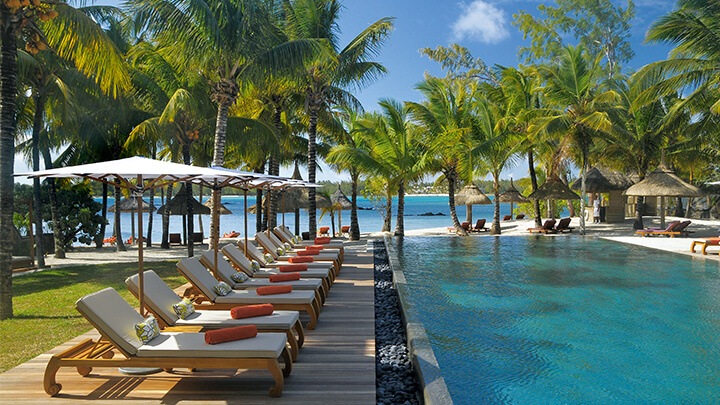 The real movie star in our eyes is Constance Prince Maurice, which doubles spectacularly as the film’s Mer de Saphir resort. Its exotic manicured gardens, curving white-sand beach and reef-protected lagoon look every inch the part on the small screen and had us dreaming of a return to Mauritius soon. The film is out on Netflix now but if you want a little taster of the film (and to see Constance Prince Maurice looking its very best), then check out the trailer below.

Once you’ve watched the film, we won’t be surprised if you’ll then be fancying a trip to this Indian Ocean gem yourself. If you are, then get in touch and our team will be delighted to help!