Best activities to do in Mauritius

Best activities to do in Mauritius

The many beaches that fringe Mauritius may tale the limelight when you think of having a holiday somewhere on the island but there’s plenty of adventure to be had for those with itchy feet. Here’s some of our favourite thrill-seeking activities in Mauritius and where to do them…

Put Mauritius into Google and your screen will be dominated by pictures of Le Morne Brabant, a majestic rock monolith that seems to rise out of the ocean on Mauritius’ south-west coast. The slender peninsula it sits on looks more like the mountain’s emerald-coloured skirt, flowing elegantly into the sea. It was once a refuge for runaway slaves, who used to hide on its slopes and at the top. When slavery was abolished by the British in 1835, soldiers climbed Le Morne Brabant to give them the good news. Unfortunately, the slaves thought they were going to be recaptured, so chose to jump off the peak to their deaths.
Now, its steep slopes make for a challenging and thrilling hike, with epic views of the island’s western coast and turquoise lagoons below. For those who fancy something a little less energy-sapping, Le Morne is blessed with some of the best beaches found across the island. 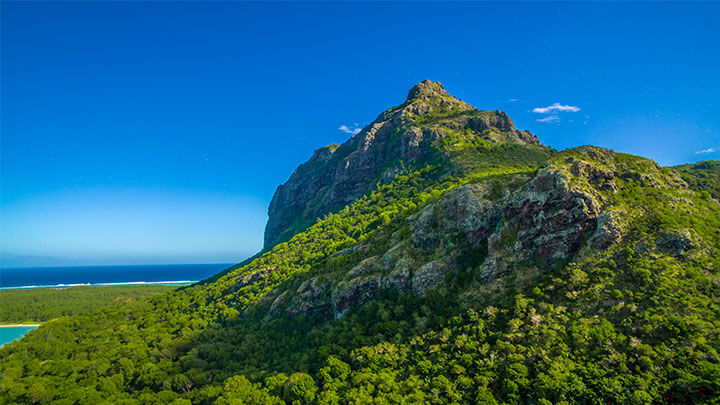 A wild mix of lakes, springs and forest, Bras D’Eau National Park was once a sugar mill and small village. Now, reclaimed by nature, the best way to explore it is on two wheels, using the many trails which web the park. Birds are a big draw, with species such as kestrels, woodpeckers and swiftlets all calling Bras D’Eau home. It also harbours the largest remaining population of the endangered Mascerene paradise flycatcher.

There are few things more exciting than hiking through a pristine slice of rainforest filled with varied flora and fauna. What makes it even more breathtaking is when there’s a beautiful waterfall waiting for you at the end. That’s what Exil offers: a beautiful jungle through stunning natural scenery before laying your eyes on Exil Waterfalls, a collection of pretty cascades. Feel the cooling spray on your face before jumping into its refreshing pool – a rewarding way to end your tropical adventure! 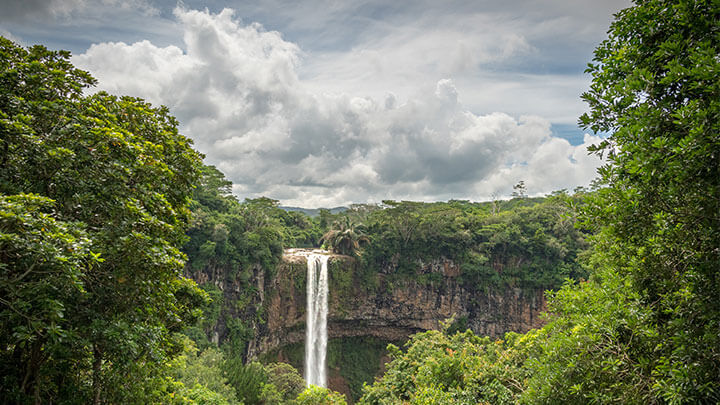 Snorkel off its northern islands

Mauritius is surrounded by beautiful turquoise waters, with coral reefs rich in marine life ready to be explored just several feet from the beach. Îlot Gabriel and Flat Island, which lie off Mauritius’ north coast, are among the best snorkelling spots, with the lagoon which lies between the two a mesmerising array of iridescent coral and marine creatures. Glide among plenty of tropical fish, rays and turtles, including emperor angelfish and common stingrays. A boat trip will also give you the chance to be awestruck by nearby Coin De Mire’s unique cliffs, while you can spot a wealth of birdlife overhead, too.

Prepare to be seduced by the tapestry of landscapes you can find in Domaine de L’Etoile, the biggest natural reserve in Mauritius. Here, sweeping valleys, emerald-wrapped peaks and dense forest will have you awestruck at every turn in this unspoilt wilderness. It’s a natural playground that begs to be enjoyed with a shot of adrenaline and it’s easy to explore Domaine de L’Etoile at breakneck speed, either flying high on a zip-line or speeding along dirt tracks on a quad bike. To slow it down, saddle up and wander these lovely views on horseback. 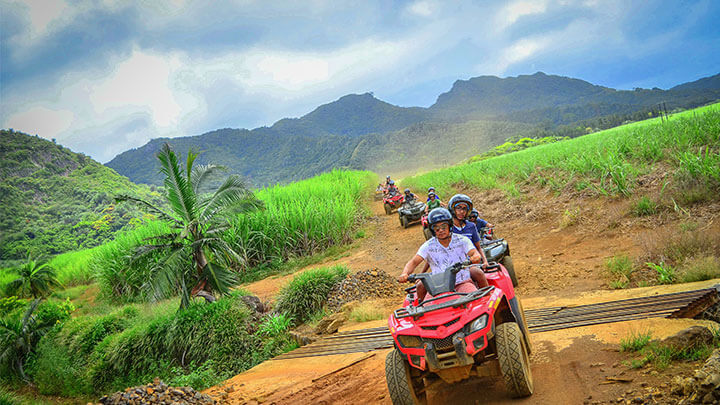 The largest protected forest in Mauritius, Black River Gorges National Park appears like endless emerald ripples of valleys, hills and mountains. There are plenty of peaks you can climb for epic panoramas of the park, including the country’s highest, Black River Peak (2,717ft). Over 30 miles of walking trails web the lush scenery, covering all different levels of fitness and ability. They’ll take you to eye-popping viewpoints and also nose-to-beak with a healthy array of birds like the Mauritius kestrel and Mauritius parakeet. Get ready to lace up your hiking boots and go exploring! 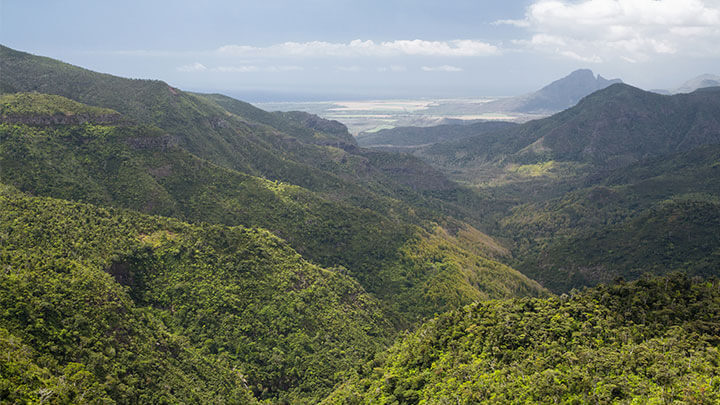