Top wildlife experiences in the Seychelles

Top wildlife experiences in the Seychelles

Mother Nature clearly had a soft spot for the Seychelles, blessing it with an abundance of natural riches across its 115 islands. There’s everything from lush jungle swathes to rainbow-hued reefs and with every gorgeous Seychellois landscape comes a variety of exotic creatures, some of which you can’t find anywhere else. As well as being a destination laced with beautiful beaches, its emerald vistas and azure seas are a haven for wildlife. Here are our top wildlife experiences you can have in the Seychelles…

Observing nesting sea turtles is high up on many people’s wildlife bucket lists and, if you pick the right time of year, the Seychelles is one of the best places on the planet to witness them in action. The archipelago boasts one of the world’s largest populations of endangered hawksbill turtles, who come the Seychelles’ between October and April each year. They love the peaceful sands of the archipelago’s smaller islands, with the likes of Denis Island, Silhouette Island and North Island not only welcoming large numbers of hawksbills, but nesting green turtles (May-September), too.

If you’re only looking to stay on the Seychelles’ larger islands then don’t worry, hawksbill turtles nest on their beaches as well – Four Seasons Resort Seychelles on Mahé and Constance Lemuria on Praslin are the ideal places to base yourself. 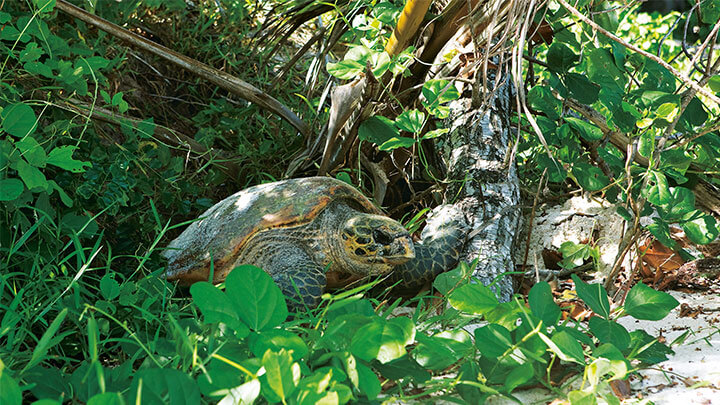 In short, the Seychelles is a haven for birdwatchers. Given the archipelago’s small size, the fact there are over 250 species of birds is astounding, 13 of which are endemic to the islands. Every island offers a different mix of birds to the next, so the thrill of spotting different species never dims if you’re on an island-hopping holiday here. Tread Morne Seychellois National Park in Mahé for sightings of scops owls and white-eyes, wander La Digue for glimpses of the paradise flycatcher and keep your eyes peeled on Cousin Island for flashes of white-tailed tropicbirds.

However, the Vallée de Mai Nature Reserve on Praslin is perhaps the best place in the Seychelles to spot birds. Famed for its odd-looking coco de mer nut, the reserve is also home to the black parrot and blue pigeon, with the former the country’s national bird and one of its rarest species. Guided walks will help you maximise the number of birds you see, too. 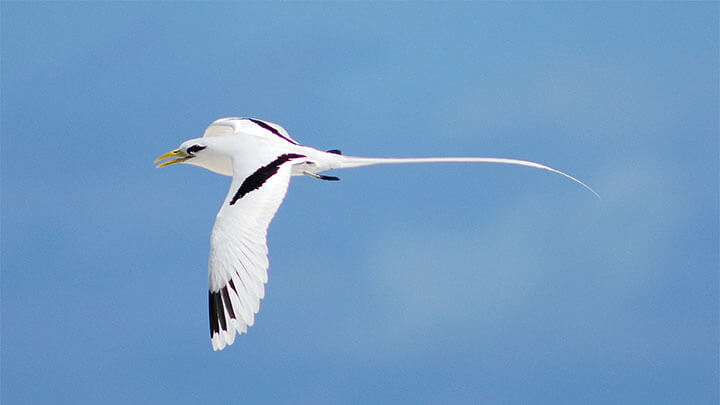 The Seychelles is well known for the crayon-coloured reefs which encircle its islands, but many people don’t know that its coral-rich waters also welcome migratory whale sharks as they make their way to the west coast of Australia every year. They pass by the west coast of Mahé between June and November, when the cooler waters are rich in plankton, and while they can be elusive, the greater visibility at this time of year means they can be spotted more easily.

Various hotels work with local marine conservation teams to run organised dives and snorkelling experiences – Constance Ephelia and Four Seasons Resort Seychelles are just two that can organise this for you. The whale sharks aren’t alone, though. While you’re swimming alongside them, you’ll also be joined by an abundance of marine life flitting around the brightly coloured coral, including turtles, rays, reef sharks and octopuses. 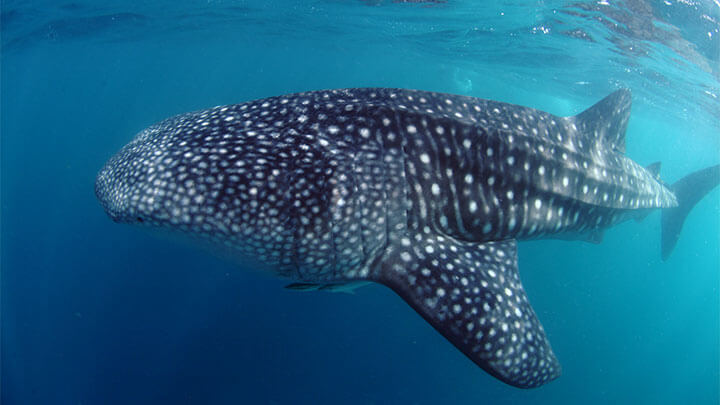 Together with their counterparts in the Galápagos, Aldabra giant tortoises are among the largest of their kind. They once roamed all the islands of the south and western parts of the Indian Ocean, but now they can only be found scattered across the Seychelles archipelago. You’ll likely find them patrolling your resort, but there are also other ways to get a more authentic glimpse of these gigantic creatures. Stay at the private paradises of North Island and Alphonse Island, where they have the freedom of the entire island, while the latter has an ongoing conservation project to boost their numbers. If you’re staying elsewhere, then the island of Curieuse is a protected national park which you can visit on a day trip to spy its population of 100-plus tortoises. 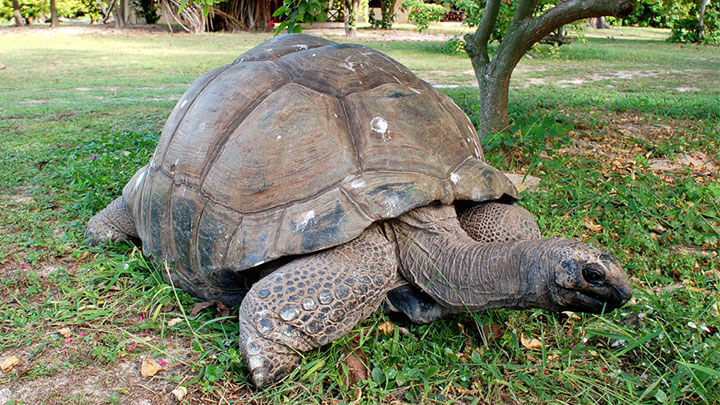 Dreaming of the Seychelles? Get in touch with one of our Indian Ocean specailists here!