Three top things to do in Kuala Lumpur

Three top things to do in Kuala Lumpur

The Malaysian capital of Kuala Lumpur often lies in the shadow of the temples and colourful buzz of near-neighbour Bangkok, but it has an infectious personality, tasty food scene and plenty of sights to explore of its own. To help you get started, we’ve picked a trio of activities that you must do on a visit to the city.

It goes without saying – these futuristic twin towers are the city’s icon. Like two silver rockets just waiting to take off into space, the Petronas Towers are an unmissable sight – Traders Kuala Lumpur offers the perfect view of them from your room. Stretching nearly 1,500ft into the sky, the view across the whole of the city from the top is incredible as the skyscrapers give way to the rolling hills beyond. You’ll first stop at the Skybridge which connects the two towers halfway up for a unique experience, before ascending to the top of one of the towers – where you’ll be higher than some clouds! Some people also say the view from the Kuala Lumpur Tower, which lies nearby, is just as good, if not better when you get the view of the Petronas Towers as well. However, it’s all about the experience of going up the Petronas Towers as well as the scenery from the top. Once you’ve ticked off the Petronas Towers, then you can climb the Kuala Lumpur Tower for an alternative view. 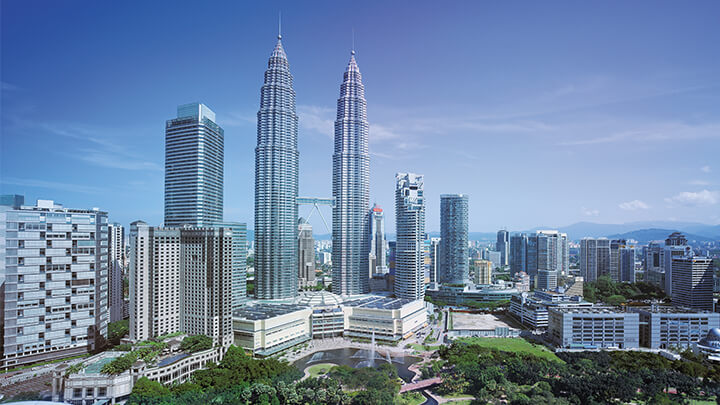 Bangkok often steals the limelight when it comes to crowning the food capital of Southeast Asia, but Kuala Lumpur should not be overlooked when it comes to its cuisine offering. Malaysia’s cultural mix of Malay, Chinese and Indian communities filter down to the food, with a smorgasbord of spices, flavours and smells filling every street. Head to little India for some roti canai bread with curry sauce, washed down with tea Tarik, while the city’s Central Market is the place to go for Peranakan and Malay cuisine, especially chicken satay with peanut sauce. Your guide will then take you to Petaling Street, the biggest thoroughfare in Chinatown, to try a range of tasty noodles, Penang rojak (fruit salad) and other famous delicacies. It’s a tour that’s a real treat for the senses and one where you’ll be full to bursting afterwards. 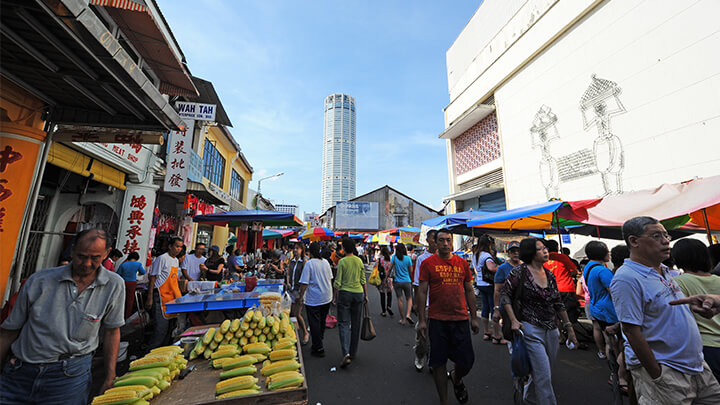 While you’re in Kuala Lumpur, you should definitely add a visit to the nearby Batu Caves to your list. Only around a half-hour’s drive away, these sacred caves are a national treasure in Malaysia. Guarded by the golden statue of Hindu deity Lord Murugan, the 272 steps that lead up to the limestone caves are tiring on the legs but well worth it. Comprising three main caverns and a network of smaller caves, each cave is either adorned with mythical paintings devoted to Lord Murugan or scenes from ancient Hindu scriptures. You can’t help but soak up the atmosphere as well, as hundreds of pilgrims climb the steps to pay their respects. 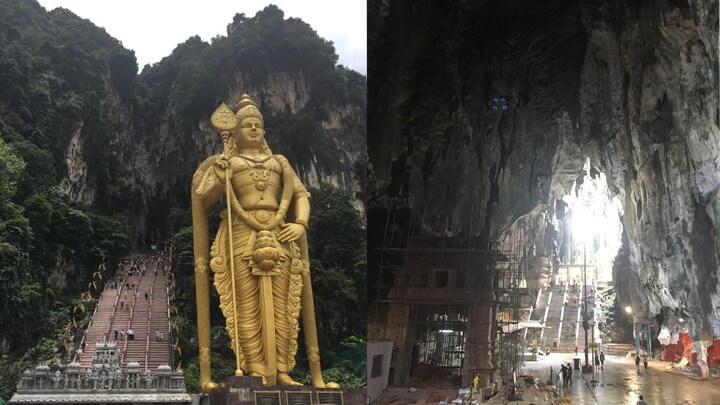 Feeling inspired? Get in touch today to book your city escape!