Things to see in Mauritius

Things to see in Mauritius

From one of the world’s best botanical gardens to witnessing waterfalls as high as the Statue of Liberty, there’s plenty of things to see in every corner of Mauritius. Here’s some of our favourites…

With its eye-catching bright red roof, the pretty church of Notre Dame Auxiliatrice in Cap Malheureux is one of Mauritius’ most-photographed places. Built in memory of sailors who lost their lives in a shipwreck, its inside is well worth a peek, too, with its intricate woodwork and basin formed from a huge clam shell. Outside, the church’s setting also affords fine views of the glittering ocean, where you can spot locals paddling in their pirogues.

This former sugar factory has been transformed into one of the best museums in Mauritius, unpicking the deep and fascinating history of the island’s sugar industry. Here, you’ll how learn how the story of sugar is inexplicably entwined with Mauritius and its people, which goes back over 400 years. Even today, sugar cane fields carpet a third of the country. Wander the factory itself, seeing the old machines in all their glory and learning the sugar process in its entirety. 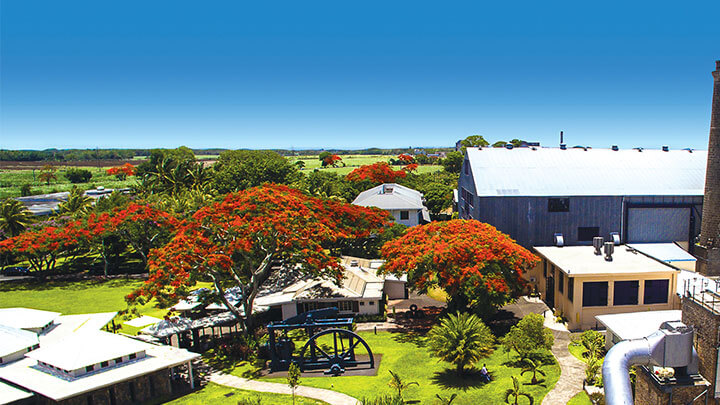 Officially called Sir Seewoosagur Ramgoolam Botanical Gardens, these gardens are regarded as one of the best botanical gardens in the world. Dating back nearly 300 years, it was originally established as a private vegetable patch by the then French governor, Mahé de Labourdonnais. Then, from 1768, it was transformed by French horticulturalist Pierre Poivre, who began to import seeds from around the world and when the British took over Mauritius, James Duncan introduced tropical plants and trees. The end result is a fascinating mix of over 650 species of plant and over 80 species of palm tree alone. Orchids, bougainvillea and other exotic flowers add splashes of colour, while the must-see attraction is its huge pond with giant water lillies. 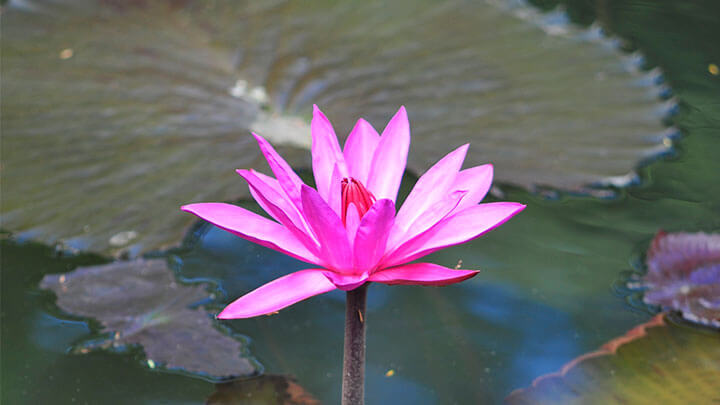 Floating in the largest lagoon in Mauritius, Ile Aux Cerfs (which takes its name from the Java deer which once roamed here) looks like it has been lifted off a paradisal postcard and dropped into the sea next to Mauritius. Its impossibly white sandbars (perfect for a beach picnic and a cocktail) are lapped by translucent shallows, which you could easily laze in all day. The fish-filled waters are well worth a snorkel, while an abundance of water sports make this tiny isle a paradise playground. 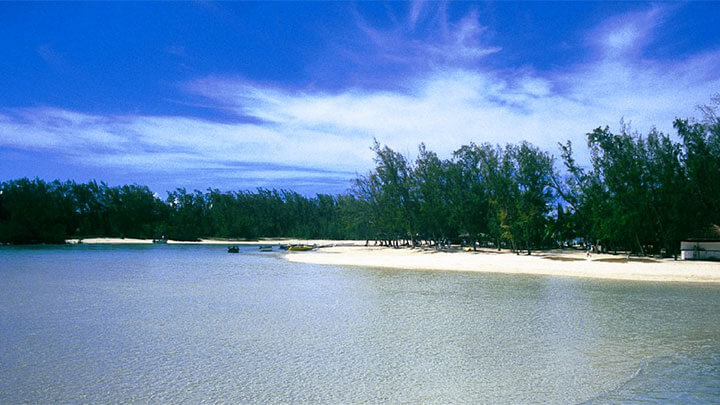 Wander this effortlessly charming seaside village to get taste of the Mauritius of yore. Creole-style 17th-century wooden houses line narrow streets, while the buzzing market offers a portal into local life. The spicy street food here is a must-try! Make sure you visit the Rault Biscuit Factory, which has been making its unique cassava biscuits since the 19th century. A tour of the factory ends in the best way possible – a biscuit with a nice cup of tea. Yum!

A tiny village on the fringes of Black River Gorges National Park, Chamarel retains a bucolic atmosphere that is rare to find anywhere else in Mauritius. Its main draw are the twin icons of Chamarel Waterfall, a gorgeous cascade that’s as tall as the Statue of Liberty, and the Seven Coloured Earths, a geological oddity which you can scarcely believe exists among its jungle surrounds. Don’t just visit Chamarel for these two, though. The Rhumerie de Chamarel is well known for producing world-class rum and is one of the few distilleries to cultivate its own sugar cane, while delightful street art is peppered throughout the village. 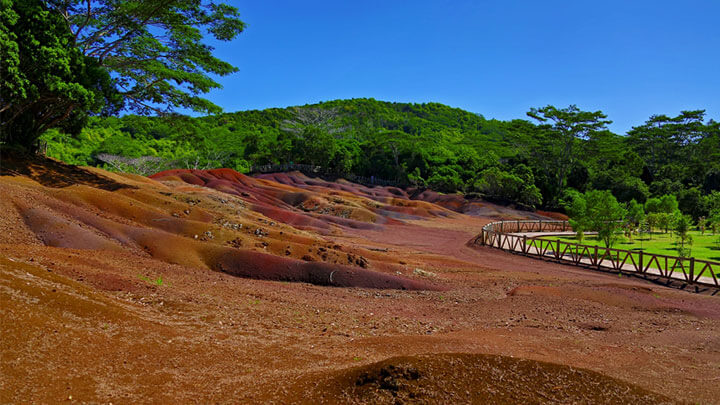 Dating back to 1892, Bois Chéri was the first tea factory to be established in Mauritius. Enjoy a guided tour of the factory and museum, where you’ll learn about the importance of tea production on the island and hear plenty of tales about tea throughout its history here. Its location affords brilliant views of the island’s southern half past its tea fields but undoubtedly the best bit of the tour is at the end, where you can sample some of the teas produced here. 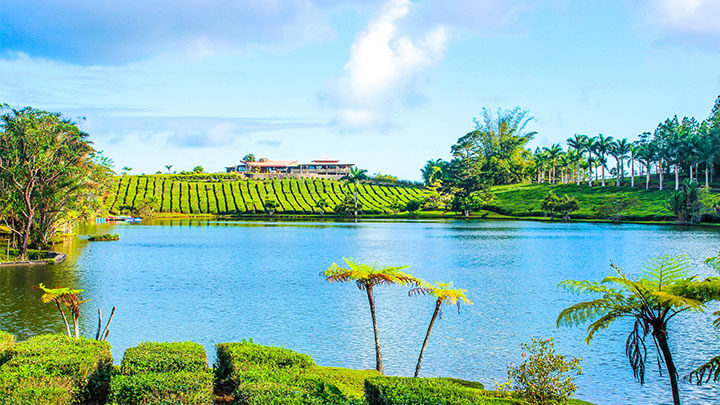 A helicopter tour is the best way to get a sense of Mauritius’ beauty. Soar over hidden sugar-white beaches tucked away in snug coves, jade-tinged mountains and tiny islets lying just off the island’s coast. There are plenty of different tours which all give you different but excellent birds-eye viewpoints, but we’d highly recommend making sure you do one which includes flying over its stunning underwater waterfall. It’s an incredible optical illusion that looks like a sunken Niagara Falls and really has to be seen with your own eyes to be believed. 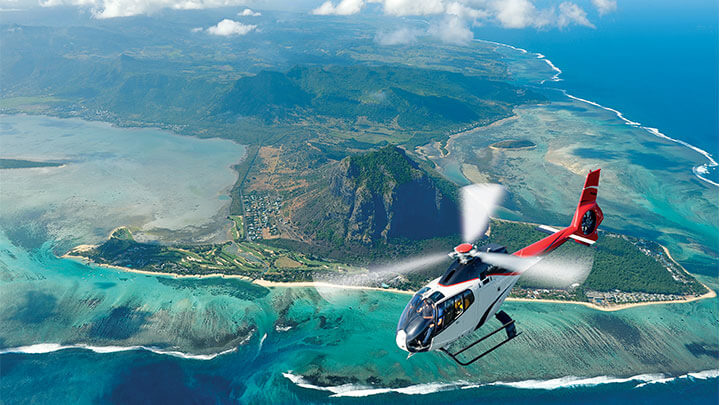 The waters off Mauritius’ west coast is a playground for bottlenose and spinner dolphins and you can enjoy unforgettable nose-to-nose encounters with these inquisitive creatures on a boat tour. Get up close and personal with the dolphins in a way that’s sensitive to them but giving you the experience of a lifetime. Some tours even allow you to swim with them, too, and again it’s done in an ethical manner, so not to harm the dolphins while you enjoy your time with them.