Test Cricket in the Caribbean

Test Cricket in the Caribbean

England are set to embark on a three-test tour of the Caribbean starting in April 2015. Thousands of cricket lovers will follow England out to the islands, not only to enjoy the sport but also to soak up the sun and the infectious Caribbean atmosphere!

The first test will be held between 13th & 17th April at Sir Vivian Richards Stadium on the beautiful island of Antigua. The island has a fierce devotion to cricket – the sport is played everywhere and at any time! Although small, Antigua has produced four of the West Indies’ best players – Andy Roberts, Curtley Ambrose, Richie Richardson and last but by no means least, legendary Sir Vivian Richards. We recommend Sugar Ridge, just 20 minutes from the stadium and with breath taking views of the surrounding landscape. Stay 9nts starting on 8th April from £1964 per person on a Bed & Breakfast basis, including international flights and private airport transfers.

The second test from 21st to 25th April is to be held at the National Cricket Ground in St Georges, Grenada – the first time ever for England. Grenada is one of the friendliest islands in the Caribbean and on this picturesque island you can go from swimming in the crystal clear waters of Grand Anse Beach to trekking through the rainforest of Seven Sisters Waterfalls, all within one day. We adore the family run Spice Island Beach Resort – set directly on idyllic Grand Anse Beach and only a few minutes by car from St Georges. Stay 11nts starting on 16th April from £3678 per person on an All Inclusive basis, including international flights and private airport transfers.

The third and final test is being held from 1st to 5th May at Kensington Oval in Barbados. One of the international capitals of cricket, names like Sir Garfield Sobers and Desmond Haynes immediately come to mind as Barbadians who have contributed greatly to West Indies cricket. With its picture perfect beaches and plentiful gourmet restaurants, Barbados has long been a favourite with visitors from the UK. We love the traditional elegance of Cobblers Cove, a prestigious Relais & Chateaux hotel. Stay 11nts starting on 28th April from £2538 per person on a Bed & Breakfast basis, including international flights and private airport transfers. 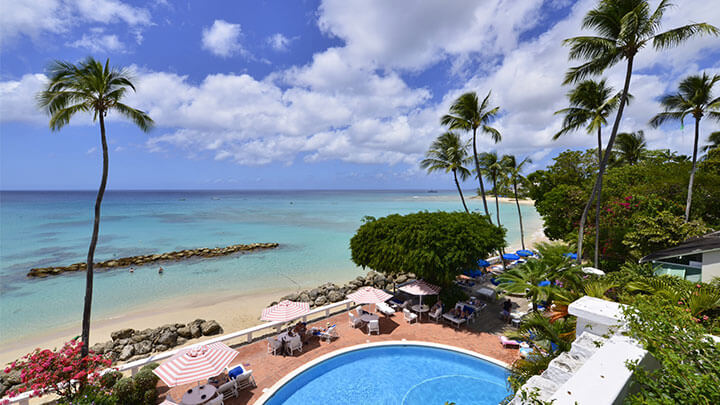 Flight seats are now rather limited so avoid disappointment and get in touch with one of our Caribbean specialists now by dialling 01494 678400!