Despite being scorched by the Ferguson fires of summer 2018, the epic wilderness of Yosemite National Park is very much open – and it needs you

Between July and September 2018, the world watched on as a blazing inferno tore through one of the planet’s most spectacular wildernesses. The Ferguson fire ripped through nearly 100,000 acres of Yosemite National Park and its surrounding areas, reducing areas of forest in California to smouldering wasteland and charcoal. 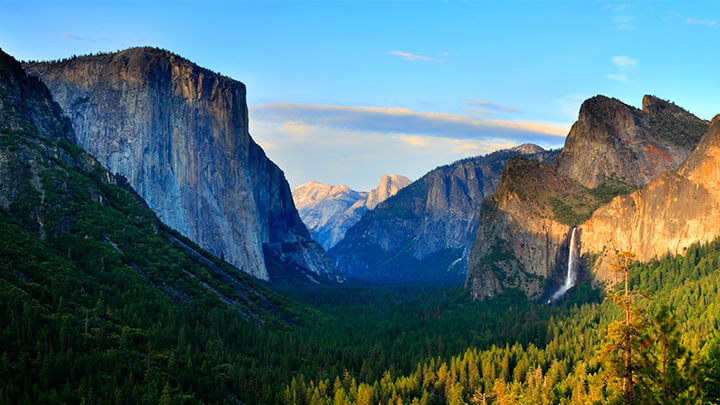 Not everything is as it seems

It was a shocking sight for anyone. But for those who became spellbound after exploring the national park’s towering granite peaks and cloud-baiting sequoias, it was heartwrenching. Yosemite’s show-stopping beauty has meant it has become a true Californian icon, featuring on the wishlists of most who visit the state.

Despite the devastation, the fire didn’t engulf the whole of the park, something many thought was the case from watching the comprehensive TV news reports. To sum up how convinced outsiders were that the park was off-limits, Yosemite’s public affairs officer Scott Gediman recalls an anecdote: “In the summer, I was doing a live TV interview with the BBC. However, the journalist couldn’t believe I was standing in Yosemite with blue skies and pristine forest surrounding me, rather than smoke and flames.”

That’s the message Scott wants to get out there: Yosemite park hasn’t been totally devastated and is very much open. With the park’s visiting footfall taking a hit following last summer’s wildfires, it’s a missive that needs to be spread far and wide. Tourism is crucial to Yosemite, both to help fund its protection and improve the experience for future visitors. 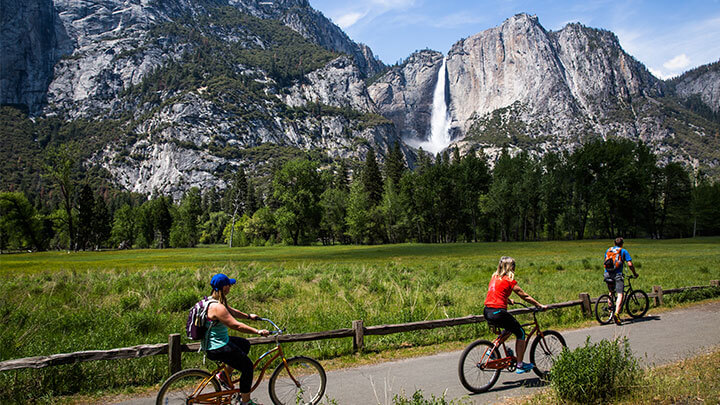 While there’s no denying its importance, tourism is also Scott’s biggest challenge. After joining Yosemite’s staff in 1996, he’s seen tourism here grow by more than a quarter, from 4 million a year to over 5 million. July and August alone can see nearly a fifth of that figure, each welcoming up to 700,000 people wandering this wilderness. But even in those busy summer months, when Yosemite National Park can welcome around 7,000-8,000 cars each day, Scott would never wish them away: “You won’t ever hear me say we have too many visitors. I don’t think there’s any substitute for visiting Yosemite itself. You need to experience the sounds, smells and the wildlife here.”

He’s right. No amount of words or pictures can bring to life the hulking presences of El Capitan and Half Dome peaks, or the towering sequoia trees in Mariposa Grove. It’s an epic landscape of wild rock formations and sprawling forest, a place you can only truly grasp a sense of scale of by actually being there yourself.

However, many don’t realise that Yosemite is a year-round destination in Calfornia, with each season showing the wilderness from a different perspective. “We really want to encourage visitors to visit outside of the summer, especially when we only receive up to 150,000 people in January and February,” explains Scott. “The fall (autumn) is great for golden colours and come spring in April and May, the waterfalls are incredible and the meadows are green.” 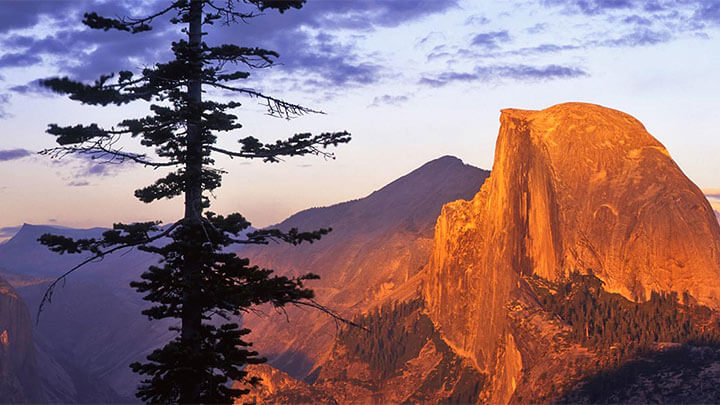 A land of adventure in California

Even for those who do go in the height of summer, Scott has plenty of tips up his sleeve to help you escape those pesky crowds. “My advice would be to hit the trails,” he explains. “Most people don’t go further than a couple of hundred yards from their cars so for those who simply get out and explore, they’ll likely find they have a slice of wilderness to enjoy all by themselves – even in the busy summer.”

The walking routes up to Glacier Point and encompassing Dog, Saddlebag and Heart lakes are among Scott’s picks for places to dodge the masses, each offering eye-popping vistas of Yosemite’s rugged beauty. But wherever you go, just by exploring a little further will reward you with a raw, intimate view.

If anything, disasters such as the Ferguson fire and other blazes in recent years have only served to make staff and visitors more appreciative of this natural wonder. Over the last two decades, Scott watched on as the rock climbing community grew apace, a counterculture that came of age in the 1960s. People come in their hundreds to watch the likes of Tommy Caldwell and Alex Honnold take on El Capitan or Half Dome, climbers who have ascended to celebrity status but have also become responsible ambassadors, encouraging their followers to adopt a ‘leave no trace’ philosophy and respect a place they consider their adventure playground. 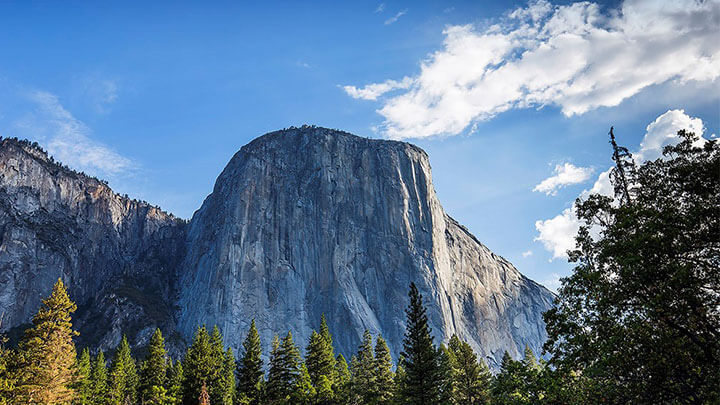 The fires have also taught us that the natural world is a changing environment and that falling boulders and fires – aside from the terrible disasters they are – give the wilderness a chance to reinvent and refresh itself. “It’s a natural process,” explains Scott. “That really is the beauty of these fragile environments.”

Scott has hit the nail on the head. Yosemite National Park is a glorious natural wonder that leaves an indelible impression on everyone who visits. But what’s more apparent now than ever before is we need to take care of it, both for ourselves and future generations to come.