One of the top questions we get as travel specialists after our clients have booked a fun family holiday or romantic honeymoon to Mauritius, is what do we need to pack? Having been lucky enough to take two different trips to this mesmerising island this year, and experiencing an array of climates between both trips, I thought why not share some insight into what to include on your packing checklist for your upcoming trip to Mauritius, covering as many bases as possible.

Mauritius boasts a warm tropical climate throughout the year, with two different seasons – a relatively cool and dry winter from June to September, and a warm and humid summer from November to April. May and October are described among Mauritians as the transitioning months between the seasons. With the different seasons, it can be tricky to know what’s best to pack for your holiday, especially if you plan to spend some time outside of your stunning hotel experiencing what this gorgeous island has to offer.

Most hotels in Mauritius are charmingly traditional when it comes to evening attire, requiring men to wear long trousers and collared shirts in restaurants after roughly 6pm, so we’d advise taking a few pairs of each in your suitcase, along with some smart shoes. There generally isn’t a strict dress code for ladies during the evening, so we’d advise sticking to smart casual. If you’re dining on or next to the beach, I would recommend a long pretty dress for those evenings if you’re prone to being bitten by mosquitoes (pop some insect repellent in your luggage, too). If you’re visiting during the cooler months, between June and September, then pack a light jacket, shawl or cardigan, as the temperatures during the evening can drop a little bit with a cool breeze. I didn’t need one every night, but there was the occasional evening I thought I could do with one. But don’t worry if you forget to pack one – the moment this popped into my mind, a very thoughtful member of the hotel staff appeared with a shawl for me (and it was always perfectly chosen to match my outfit!). 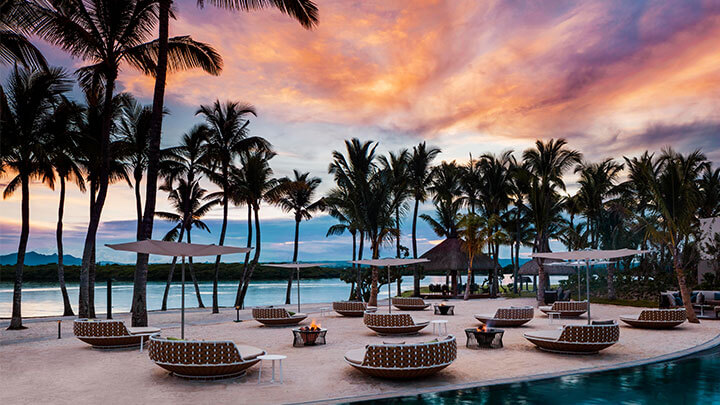 During the day, casual beachwear is the norm but packing a T-shirt or something to cover yourself up with for lunch, or when you nip to the bar for your afternoon cocktail, is a good idea. Swimsuits, light clothing, summer dresses, shorts and flip flops are perfect for your downtime on the beach or around the pool. If you’re staying on Le Morne beach on the south coast, then it’s worth investing in some sea shoes if you love a long beach walk. The sand can sometimes be quite coarse on this side of the island due to the tide and, in other areas of the island, the tide can also move the sand around enough to expose some coral. So, I think having a pair handy in your suitcase can’t hurt! 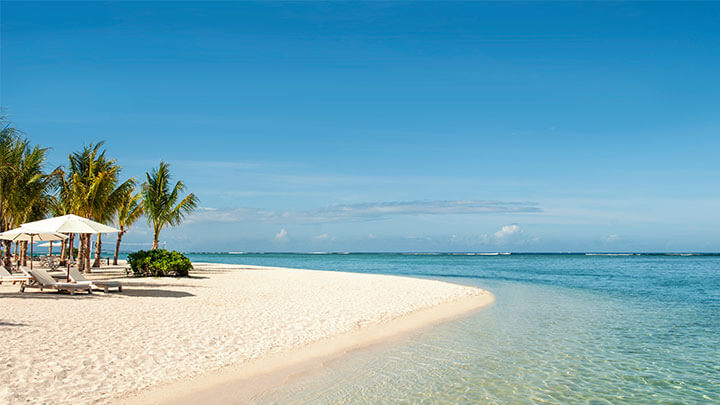 A day’s catamaran cruise has to be on everyone’s to-do list in Mauritius! You’ll want a beach bag full of your favourite swimmers, a sun hat, sunglasses and your eco-friendly sun cream, as there’ll be plenty of opportunities to jump off and do some snorkelling! If you’re travelling to Mauritius during the cooler months, then throw in an extra layer in your beach bag, such as a thin jumper (nautical-themed of course), as the wind can bring the temperature down a bit, especially if the sun is tucked behind a cloud for a while. 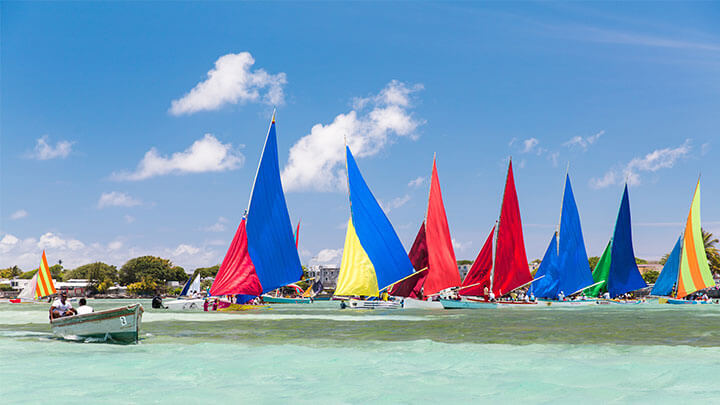 Going for a walk

For those venturing further afield in Mauritius and exploring areas such as the wild south (I’d 100% recommend), you’ll want to pack a pair of walking boots or trainers and a rucksack with an anorak and small umbrella in, as sudden showers are prone to occur up in the mountains. A lightweight jacket or a long sleeve top is a good addition to your rucksack, too, as the climate in the mountains is generally much cooler than down on the coast. There are some incredible trails in Black River Gorges National Park that are worth taking to, as well as in the Chamarel area, where you’ll find waterfalls and rum distilleries. Of course, if you’re going to visit any of the spiritual places around the island, you’ll need something to cover your shoulders and knees with. 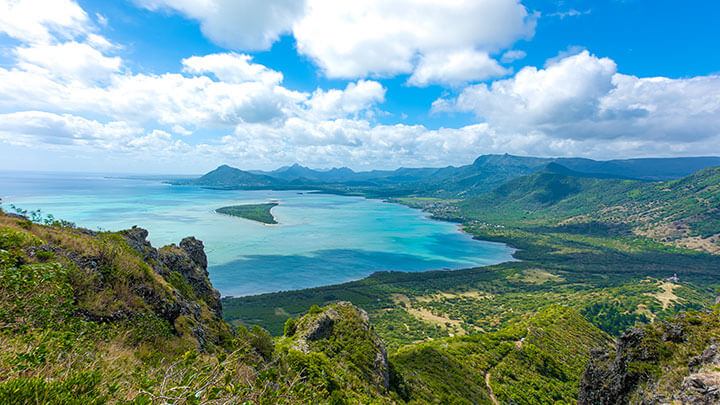 Having been lucky enough to travel a lot with my family, I became a travel junkie quite early in life! Recent ventures have taken me exploring the stunning natural beauty of Vietnam and the culture-rich city of Cape Town along…