Fun facts about the African elephant

Fun facts about the African elephant

Many people who go on safari are hoping to see the ‘Big Five’, which includes the lion, leopard, buffalo, rhino and, of course, the African elephant. This majestic creature remains one of the most interesting animals to watch on a game drive – the way they walk, their tight family set-ups, the way they bathe and eat. Close-ups of their ears, skin, eyes and feet remain my favourite things to photograph when on safari. While you will see elephants in abundance in areas such as the Madikwe, South Africa, they are still vulnerable and endangered animals, and remain under severe threat from poaching, habitat loss, and human-wildlife conflict.

I’ve picked out my ten favourite facts about these beautiful creatures. I hope you enjoy reading them and fall in love with elephants as much as I have when you go on your own Turquoise safari!

2. The African elephant is not just the largest living land mammal, but it has an enormous brain to match. Their brains can weigh up to 5.4kg! 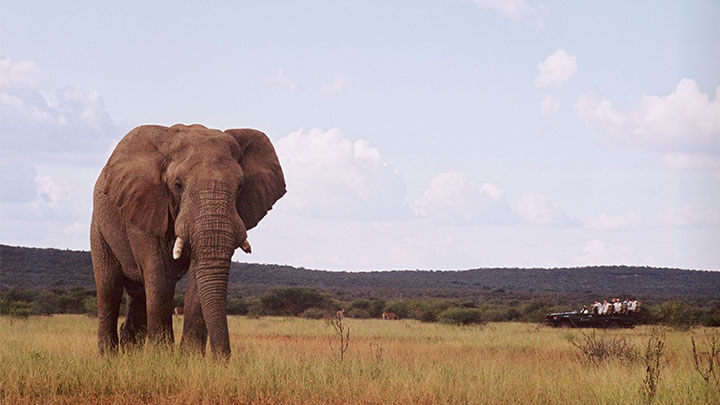 4. African elephants only use four teeth to chew their food. When chewing on branches, the elephants pull the branch in from one side of their mouth and it comes out the other, clean as a whistle. Elephants simply take the bark, which contains calcium and roughage, aiding digestion.

5. Elephant tusks are actually enlarged incisor teeth, which first appear when a calf is around two years old. Tusks continue growing throughout their lives, and one tusk is favoured over the other, making elephants either right-tusked or left-tusked. 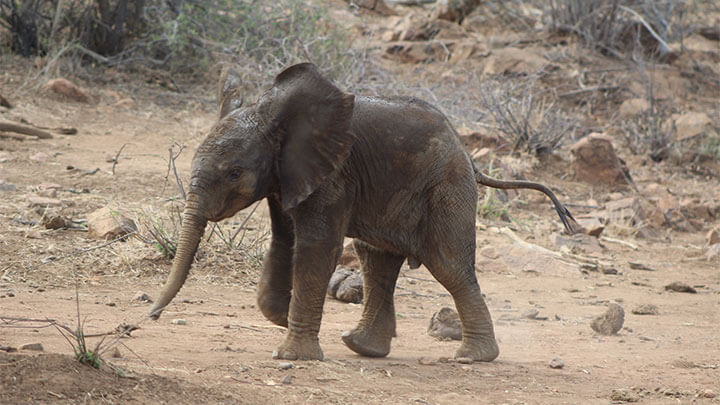 6. Female elephants have the longest pregnancy of any mammal, at 22 months! The baby elephants then stay with their mother for up to 10 years. An elephant calf may suck its trunk for comfort, the same way that a human baby sucks its thumb.

8. Elephants can be incredible loud, but they can also make sounds that we can’t hear. Some of their calls are so low, they are below the range of human hearing. They can recognise over 100 different friends from their calls alone.

9. Elephants have around 150,000 muscle units in their trunk. Some of the many uses of the trunk include sucking up water to drink (it can contain up to eight litres of water), breaking branches off trees for eating, or even as a snorkel while swimming.

10. An elephant’s skin is around 2.5cm thick in most places. The folds and creases in their skin can hold up to ten times more water than flat skin, which helps to cool them down. Regular dust and mud baths help keep their skin clean and protect them from the sun. 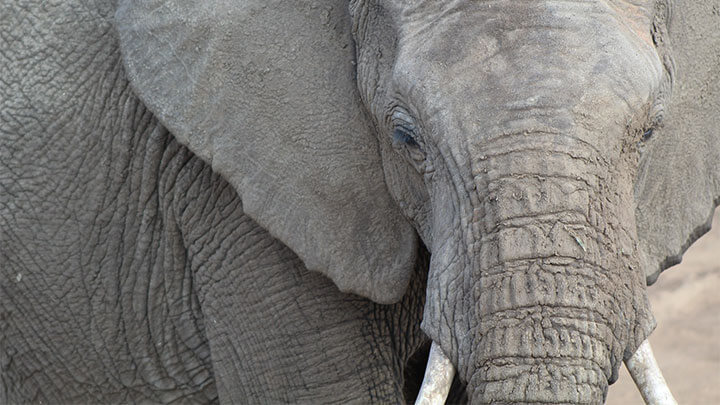 I moved in to the Turquoise family back in 2009 after completing a degree in English Literature and a stint in commercial advertising. In the last 6 years I have been lucky enough to travel all over the Caribbean, the…

Most Beautiful Baths with a View