Arekatera Maihi has one of the most distinctive faces in New Zealand, but he’s just one of many Maori people sparking a resurgence in their captivating culture

There are plenty of people who can claim to be the ‘face’ of somewhere. But in the case of Arekatera Maihi – fondly known as Katz – it takes on a far more precise meaning. His face is decorated with intricately detailed patterns and spirals, a traditional Maori tattoo known as moko.

It’s a striking design that turns heads everywhere he goes. But Katz doesn’t mind because wherever he is, he’s exposing his heritage with the attention he receives. His distinct ink means he is, quite literally, the ‘face’ of Maori culture. 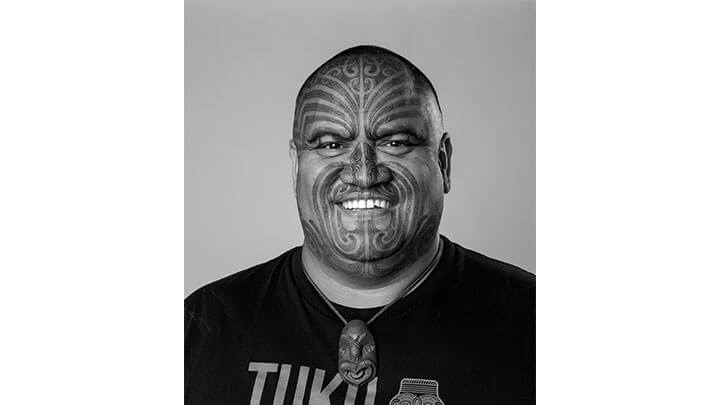 With the Maori, getting a facial moko is the ultimate visual commitment to their culture. Each one is unique to the wearer, like a decorative storybook of their heritage and life. Without that narrative element, the moko is just a drawing with no deeper meaning, Katz explains. His own piece is a nod to his home of Orakei, a tribal village which lies on the fringes of Auckland’s city centre, and their legendary protector.

“We have a spiritual guardian, a big eagle named Owaku,” says Katz. “He used to fly around and when we could see him in the sky, we knew we were safe. When he wasn’t there, we knew someone was coming or something bad was about to happen. We see him as our warning mechanism, telling us that danger is imminent.”

The image of Owaku is replicated majestically on Katz’s face, with his nose doubling as the eagle’s beak and its wings fanned across his forehead. The attention to detail is so great, individual feathers can be made out among the wings which adorn his forehead. 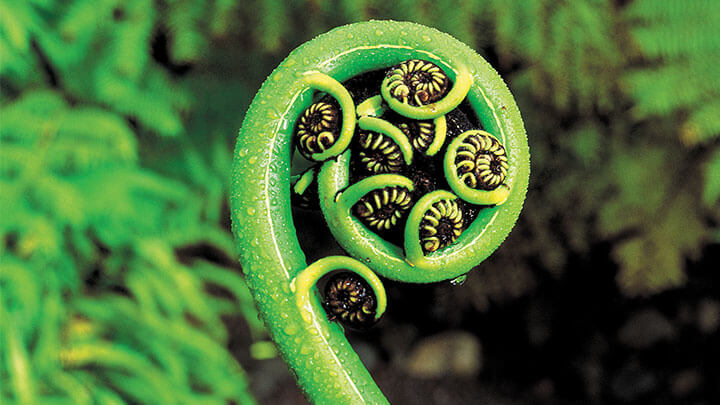 Katz’s face was only inked in 2016 and the road to that moment has been a long but fascinating one. He was born and raised in Orakei, surrounded by his family and tribe (iwi in Maori), Ngati Whatua. It was a significant tribe to be born into, as it was one of the 16 tribes of Tamaki (the Maori name for Auckland) who invited British Royal Navy officer William Hobson to New Zealand, to establish a parliament.

That led to the signing of the Treaty of Waitangi in 1840, which aimed to protect Maori rights while also establishing British sovereignty over New Zealand. It’s a landmark moment still marked on Waitangi Day each year on 6 February.

Maori lands and culture were slowly encroached upon over the following century, with lots of their heritage and language lost. In the 1970s and 80s, Katz grew up during a huge resurgence in Maori culture.

“We learnt the songs of the past, the history and the genealogies of our people,” he explains. “That’s really important to Maori people, knowing who you are and where you’re from. If you don’t, you can feel lost.”

What Katz became most fascinated with while growing up in Orakei, though, was watching his uncles delicately etch traditional carvings (known as whakairo) onto the village’s wooden whare (meeting house). Surrounded by a wealth of Maori storytelling art that fired his imagination, he became obsessed with drawing. He became so infatuated, he was once kicked out of a class at the Maori boarding school he attended because he was doodling. 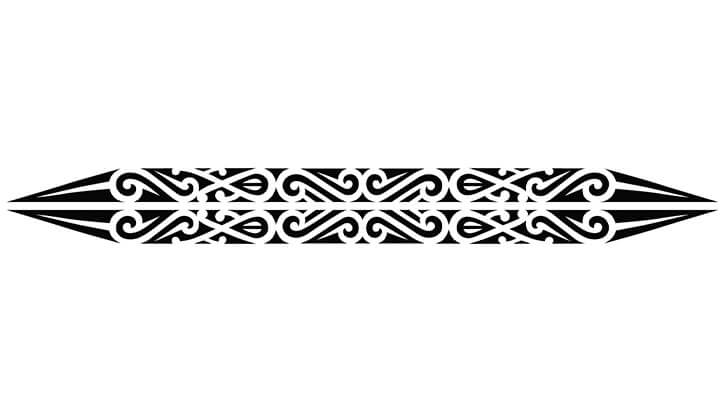 His passion eventually led him to enrol as a student at the New Zealand Maori Arts and Crafts Institute (NZMACI) in Te Puia, Rotorua, in 2003. Katz spent three years honing his wood-carving skills, before graduating in 2006 and setting up his own business, Toitu Design, a year later. He nurtured it to become a leader in custom-made carvings, fusing traditional Maori mastery with contemporary design. Its reputation became so big, NZMACI came calling in 2014 and invited him to apply to be the head of their carving school, where he was successful.

“It was a huge honour,” explains Katz. “I wasn’t sure if I was capable because I was so young but I love what we’ve done. We’ve been introducing more technology, not just for technology’s sake but it helps with what we’re trying to teach. It’s still a traditional carving school and that’s important for our culture. If we stop learning our traditions, then everything will be lost.”

Loss is something that is at the forefront of everyone’s mind at NZMACI. The institute was formed in 1963 to help preserve Maori arts and culture, a legacy of the original carving school created in 1926, in line with the pioneering Maori Arts and Crafts Act established in the same year. Though that school closed in 1937, it sowed a seed which inspired later generations to renew the perpetuation of Maori culture. Making sure it doesn’t disappear again has certainly motivated Katz.

“Like NZMACI, loss drives me,” he says. “It took me a long time to realise that my culture has enabled my future and I want to ensure that future generations, including my own children, have that legacy, too.”

A few years ago, Katz bumped into the teacher who had dismissed him from class. Needless to say, Katz relished the priceless opportunity to tell his teacher his classroom scribbles had a hand in helping him carve (no pun intended) out a fine career. 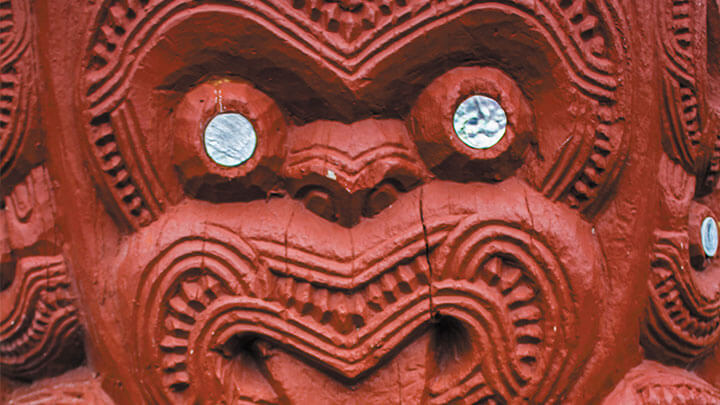 At Toitu Design, Katz used his wood-carving skills to become an accomplished moko artist, helping fellow Maori seal their stories on their skin. After getting his own face tattooed in Whakatane – where he lives with his wife’s tribe Ngati Awa – he swapped the carving school in June 2018 to help NZMACI open their first moko tattoo studio at Te Puia. It was the final stage of his renewal with his Maori heritage, two years after he had his facial moko inked.

“I got my face tattooed for a couple of reasons,” Katz explains. “I wanted to show commitment to my culture but also to myself. This is what I’ll always be and what I’ve always wanted to be.”

Naturally, his decorated face draws attention from everyone he meets but it has left a lasting impression on not only foreigners but also his own people. “My face certainly looks different to most but it’s becoming more and more common. Some people might say it’s going backwards but we say you have to understand what’s behind you before you start walking in front.”

It’s certainly gaining popularity across the globe. With non-Maoris allowed to get a moko tattoo, the likes of pop singer Rihanna have been traditionally inked, while Katz has personally tattooed Maori activist Tame Iti. In 2016, Nanaia Mahuta made history when she became the first member of the New Zealand parliament to have a facial moko.

But of course, the best place to witness living Maori culture is at NZMACI, where you can get your own moko or just watch others get their stories etched in ink with a traditional Maori tattoo. You can also observe the wood carvers at work or just simply have a chat with a Maori.

“We love to share our culture with the wider world,” adds Katz. “It’s important to us that people come and visit our landscapes and people and experience our traditions. The world is getting smaller now and it doesn’t take much to meet our people.”

Even if you’re not in Rotorua and spending time at Te Puia, there’s ample opportunity to meet the Maori. It could be as simple as bumping into a Maori family on a New Zealand beach and having a chat with them, for a truly intimate and up-close experience. Once you meet them, Katz says, you’ll be one of the tribe. Some of them might even have their own facial moko, inspired by Katz and everyone else at NZMACI leading the resurgence of Maori culture. Now that’s a story worth sealing in ink.