Discover the many faces of Singapore

Discover the many faces of Singapore

As a repeat visitor to the enigmatic city of Singapore, travel specialist Carolyn knows what to expect as soon as she steps out of Changi Airport. Its green tree-lined avenues, its spotless highways and pavements (partly thanks to its zero-tolerance policy), its initiatives to reduce carbon emissions, Singapore is a city that works hand in hand with nature. It’s rich in culture, food and experiences, and a beguiling history exists within its people and traditions that proves it’s a city of more than just bricks and mortar. As a result of its perceived perfection, the city could be described by some as a little too refined and sterile. However, beneath the flawless exterior of Singapore’s skyline, the city is a vibrant melting pot of sensory delights. Here, Carolyn shares some of the experiences she had exploring Singapore’s many different neighbourhoods. 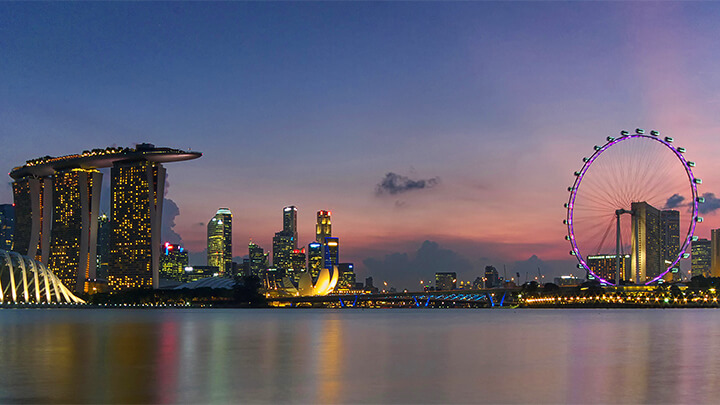 To get my bearings and earmark some new places to visit, I opted for a quirky and refreshing tour of Singapore in a Vespa with a sidecar, viewing the city from street level with my local guide. We whizzed past well-known highlights like Marina Bay Sands, Clarke Quay and Orchard Road – all the stops which are outlined in guidebooks. Happily, we detoured through eccentric little areas of the city, like Little India, Kampong Glam, Joo Chiat, Haji Lane, and of course, China Town.

Haji Lane, also known as Little Arabia, is arguably Singapore’s most colourful and arty area. The shutters and aged colonial exteriors of the buildings are painted in bright, dynamic colours and adorned with decoration. The spare wall space in between is emblazoned with street art. Pop-up shops, suave international concept stores and chic coffee and bubble tea shops line the streets here, designed to entice both the eyes and camera lens. The beautifully imposing Sultan Mosque stands on the corner of Muscat Street and if you look closely beneath its dome you’ll see a band of glass bottles incorporated into the design. These contributions are from the community, regardless of wealth, to the building of this mosque – a beautiful homage to show inclusion within the Islamic faith. 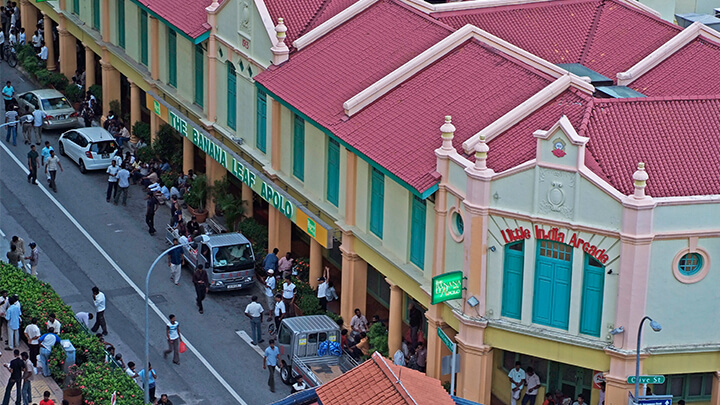 Walk a little further and you come to Kampong Glam, the Malay Muslim quarter of Singapore. You will happen upon the Malay Heritage Centre, which once served as a humble palace for past royalty. Should you become thirsty on your walk, stop for a teh tarik from one of the theatrical vendors en route. Teh tarik is a hot milk tea made from strong, blended black tea and condensed milk. There’s an iced version for particularly hot days and if you fancy something a little more exotic, try teh halia the ginger flavoured version of this tea.

My next stop was Little India and the first thing that caught my eye is Sri Veeramakaliamman, a Hindu temple adorned with intricate and colourful statues of Hindu gods. You will see worshippers lost in prayer inside and passers-by captivated by its ornate details. The streets of Little India are lined with garland merchants and vegetarian restaurants, which permeate the air with their enchanting aromas of spices and jasmine. 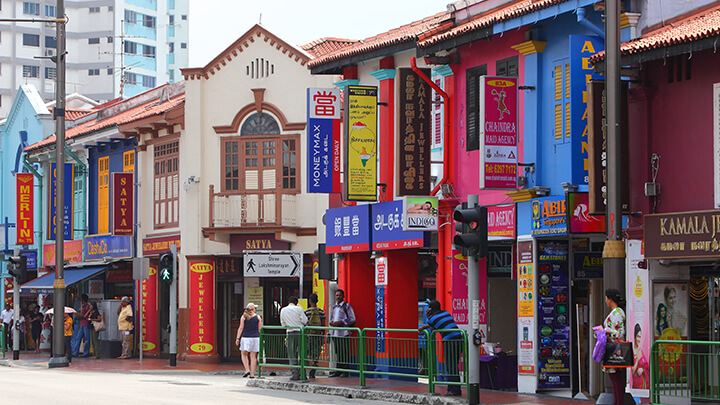 As a serial visitor to Singapore, I can’t believe I didn’t know about the existence of Peranakans, descendants of the early Chinese and Malay settlers. Throughout the years, they have developed and established their culture and language in Singapore. I familiarised myself with their culture in the best way I know, through food! I visited an exquisite Peranakan restaurant called Folklore, headed by the astounding chef David. With this being my first venture into Peranakan food, he came out of the kitchen to talk me through its history, as well as some of the key ingredients of the cuisine. He had a calm and caring aura about him as he guided me through the menu and helped me choose my dishes with the same diligence he gives to the preparation of his cuisine.

After that brief introduction, I ventured into the Peranakan district of Joo Chiat, a charming corner in the east of the city. Search for the Jousting Painters and you’ll come across a mural of ancient heritage that has been transformed into a vibrant and eye-popping facade. If you’re still hungry, sample the famous dish of laksa (a spicy noodle soup) in one of the trendy little coffee shops. Roll a traditional popiah and sample the bizarre array of confectionery like pulut tai tai (rice steamed in coconut milk) and wife’s delight (a caked filled with melon, almond and sesame).

No visit to Singapore is complete without a trip to Chinatown. The sounds of music, chinking bottles and the hissing of food frying in a wok fill the atmosphere. Before throwing myself into the sights and sounds of Chinatown, I stopped at the Siong Leng Musical Association and indulged in a traditional tea ceremony while listening to Nanyin, the music of the Minnan people from southern China, played on strange and beautiful instruments that sound as enchanting as they look. 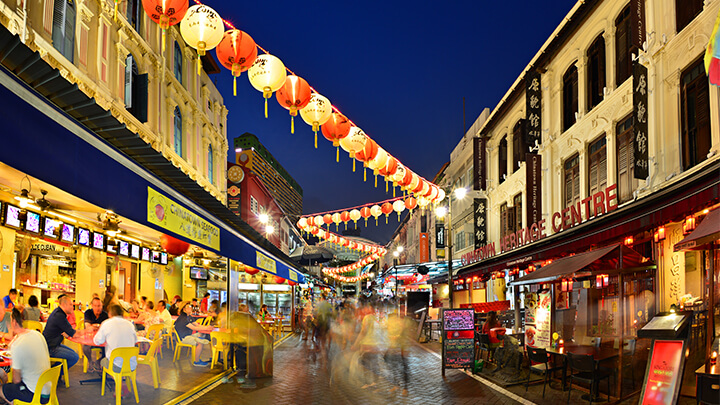 Singapore is a place that means many things to many people, whether it’s a culinary mecca or a futuristic playground of ingenuity and vision of a city that works in harmony with nature. There is something for everyone here. The next time you’re in Singapore, after you’ve been dazzled by the bright lights and world-class distractions, wander along the route less travelled.