The Turquoise Wedding Survey The Results

The Turquoise Wedding Survey The Results

The last word on planning your wedding – what the Turquoise Wedding survey reveals about today’s bride (just make sure you spend enough on the ring and whatever you do, be nice to the mother-in-law!)

Here at Turquoise we take the business of honeymoon planning with the utmost of gravity. We truly believe that to create your perfect honeymoon we need to find out as much information about what makes you both tick as we possibly can. Short of putting our lovely couples through a Spanish Inquisition (and let’s face it, your mother-in-law has probably already done that), this isn’t always an easy task. In fact our sales consultants often comment (not always in jest) that by the time our guests depart for their much anticipated honeymoon, which has often been planned among much secrecy, they know more about the couple than the bride and groom have found out about each other!

While we have done our own Honeymoon Surveys for a number of years, we know that the actual wedding plans can reveal a considerable amount about people before they even start to think about their honeymoon. This is not least of all because the planning process often involves both sets of families, and gives some revealing insights into our guests’ personal tastes and preferences. Which is why we set out building our first ever Wedding Survey earlier this year.

Almost 1000 brides (and a few grooms) entered our 2014 Wedding Survey with fascinating results. Those guests who have already booked an overseas wedding and honeymoon with us will know that we always go the extra mile to ensure that everything about your day is as perfect as it can be. If your big day is looming, read on for some valuable insight into how others have tied the knot.

Clearly romance is far from dead! Over a third of couples claim that their proposal of marriage came ‘out of the blue’, and almost 20% of those surveyed had known each other for less than one year, with 50% engaged for less than 12 months before saying “we do”. One lady told us that she and her husband were engaged within two days of meeting and married six weeks later. Thirteen years later they are still blissfully happy with an eleven year old daughter, so clearly love at first sight does exist – and it can last! All of which suggests that couples still have a lot to learn about each other after vowing to spend the rest of their lives together. A scary thought! 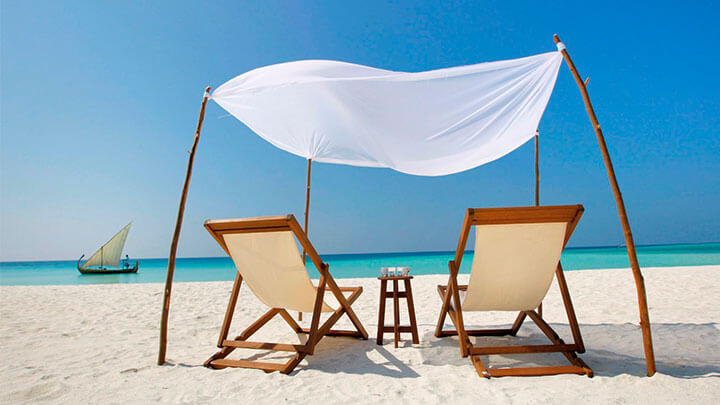 While almost half of those surveyed chose the engagement ring together, 10% of brides through that their fiancé should have spent more … yes, gents, diamonds, and not you, really are a girl’s best friend so dig deep, for the investment is probably going to be worth every penny in the long run.
What does today’s bride wear on her wedding day? According to our survey, the most popular styles are A-Line, strapless and vintage, in that order (with more interesting answers ranging from medieval to maternity and apparently nothing at all – wouldn’t you have loved to be at that wedding!) While ivory was the most popular shade of dress, lots of you wore gold, silver, pink, purple, blue and even red – so ladies, let’s not be bound by tradition anymore! We would like to see a few more Turquoise wedding dresses, please ….

On the subject of tradition, we were quite saddened to read that the age-old custom of wearing ‘something old, something new, something borrowed, something blue’ seems to have lots its significance among modern brides – there was barely a garter to be seen. Here at Turquoise we still love the notion of old fashioned glamour, so for those who are still planning to book with us, don’t be surprised if our honeymoons are sealed with a turquoise garter as our wedding present to you!

Happily, tradition clearly still has a place at the wedding ceremony with 40% of those surveyed choosing to marry in a church and – this really surprised us – 48% still choosing to “love, honour and obey”. A very similar number also chose traditional vows of ‘love and honour’. Over 66% opted for a sit down dinner with wine – we were very envious of the bride whose father was a brewer! Everyone still loves a good party – almost 100% of replies had a DJ, band or Ceilidh for after-dinner entertainment. Perhaps it is not surprising that over 80% of couples need between one day and a week (some party!) to recover before heading off on their honeymoon, which is certainly borne out by our annual honeymoon survey. Favourite honeymoons destinations are hot, and on average last about ten days – less than it used to be, we think, which is almost certainly a sign of the high pressure times we live in, and perhaps just because more of us are used to travelling to exotic places and the honeymoon is no longer quite such a ‘once in a lifetime’ experience that it used to be.

The subject of the wedding guest list threw up some very feisty replies. While most weddings are still seen as a great excuse for a party – with almost a quarter having over 100 guests, there was a common theme of dissent regarding those who should be invited, with parents’ friends being the main source of concern – and especially the views of the mother-in-law, who is often seen as the main bone of contention! Hopefully disagreements are resolved without too much aggravation although 20% admitted to having a family feud to deal with over the wedding day. Whose day is it anyway, we ask? With almost 50% of couples now footing the bill for their own weddings, the answer is plain. But don’t forget you have live with your mother-in-law for a very long time, so a little bit of diplomacy on the wedding day goes a long way!

Learn more about a Turquoise Honeymoon

Breathe in the scents of the sea 💙 @comoparrotc