Travel to Vietnam Gets Easier

Travel to Vietnam Gets Easier

Amazing news for anyone who would like to travel to Vietnam from the UK – Vietnam Airlines are offering new non-stop flights from London to two airports in Vietnam. Hanoi and Ho Chi Minh City (formerly Saigon) will see flights to and from London starting this winter, with an initial 4 flights per week on a Boeing 777. The airline hopes to increase the flights to daily by 2014, depending on volume, but given the increase in visitors from the UK, the extension seems a natural choice.

This means that travellers heading to Vietnam from the UK will have an easier time than ever hitting the highlights of this fantastic country. Here are three amazing hotels you might consider that will be much more convenient to visit thanks to the new flights.

Hotel Majestic is a legend. Built in 1925, it’s one of the city’s most iconic properties, and has played host to a number of dignitaries and high profile travellers over the years. It was temporarily used as a barracks by Japanese soldiers during World War II and then hosted journalists and correspondents during the Vietnam War. Now, the Hotel Majestic has expanded, with an entirely new wing, and has been refurbished to match modern expectations. The hotel is in the centre of the city, right across from the riverfront, so it’s easy to visit the nearby shops, bars, and restaurants as well as explore the city at your leisure. 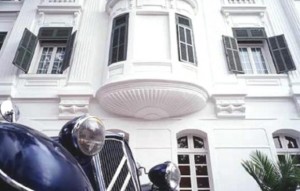 The Sofitel Legend Metropole is even older than the Hotel Majestic; opened in 1901, the hotel’s elegant colonial style and central location ensure its position as a legend in the Hanoi hotel scene. The hotel has been recently refurbished but retains historic character, particularly in the Historical wing, which is the original hotel. You’ll get the feel immediately for all of the people who have stayed here, including Charlie Chaplin, W. Somerset Maugham, and Jane Fonda, who broadcast from the hotel during the Vietnam War.

The hotel even has a classic 1930s Citreon that you can use for a ride around the city or even for a trip to Halong Bay. With two restaurants, designer boutiques, a beauty salon, and a spa, plus the opportunity to take a cooking class with the chef, it’s difficult to say no to this gorgeous location. 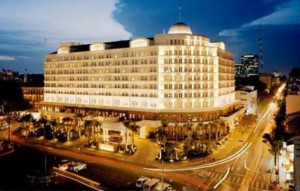 On the reverse of it, Park Hyatt is the newest luxury hotel in Ho Chi Minh City. Taking its inspiration from the French colonial architecture that characterises the rest of the city, its generous sized rooms, the larger of which have a private terrace and direct pool access, are beautifully decorated with wooden floors, antique style furniture, and cream decorations.

The most luxurious experience you’ll find at this hotel, however, is the dining. The hotel has an Italian and a Vietnamese restaurant, and if interested will also organise gourmet cooking classes for you and your other guests. There is live jazz every afternoon in the Park Lounge where guests can enjoy afternoon tea.

Vietnam is a thrilling place to travel and is about to get even easier to visit! To book your trip, get in touch with us today on 01494 678 400.