Real Africa on Africa’s terms, with Garonga’s Safari for the Soul

Real Africa on Africa’s terms, with Garonga’s Safari for the Soul

Africa is never far from our consciousness here at Turquoise. It is a continent that we are incredibly passionate about and Sue, our product manager, is always searching out the cream of the safari lodges and resorts to create dreamy honeymoons and fantastic family holidays that allow you get right under the skin of her favourite continent.

But Africa is also never very far from the edge of our conscience either – and we are not alone. This year is the 30th anniversary of Born Free, that amazing wildlife charity that started with Elsa the lion. Just this month, the country took Sport Relief to their hearts, raising over £50 million through the extraordinary combined efforts of the British people, once again driving homethe extent of the preventable suffering that still exists particularly in Africa; weekly, we continue to read about campaigns to end a worrying rise in rhino and elephant poaching. All this and much more highlights the knife-edge that Africa lives on – on one side providing holiday experiences like nothing else on earth, yet on the other a melting pot of countries and cultures that between them face some of the greatest challenges on our planet.

Africa seems to have an ability to produce outstanding actions of courage, wisdom, bravery and humility among individuals. Joy Adamson whose fight to return Elsa the lioness to the wild inspired Virginia McKenna to found Born Free which celebrates its 30th anniversary this year; Nelson Mandela, one of the greatest statesmen and philanthropists the world has ever known, and Sir Bob Geldof who bought the misery of the Ethiopian famine into our homes and made us act with our purses as well as our voices.

At Turquoise we love hearing about the amazing efforts of individuals who might be less known to the greater world, but who nevertheless are doing amazing things, almost singlehandedly, to make a difference through Africa’s magnetic tourism appeal. Bernardo (Bernie) Smith, owner of Garonga Safari Camp in the Limpopo Province of South Africa, is one such personality. On the edge of the Kruger National Park, Garonga has, through Bernie’s determination and personal investment, become one of the most eco-friendly safari camps in South Africa – if not the entire continent.

With just six luxury tents sleeping 12 guests on the banks of the Makhutswi River in the private Makalali Conservancy, Garonga is the essence of real Africa. Little Garonga, the newest addition to the camp, is even more secluded with just three suites sleeping six adults and 2 children at any one time. 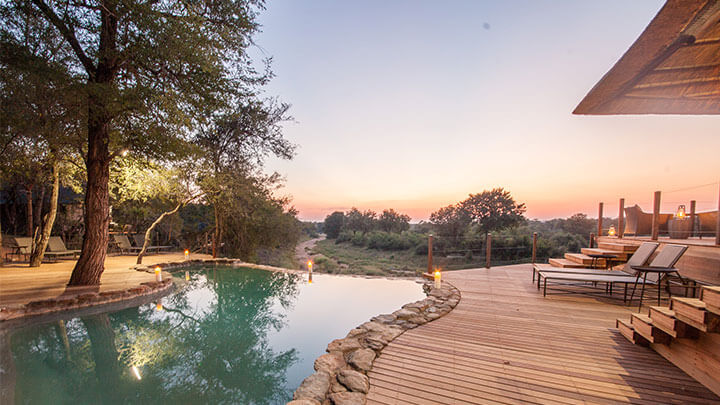 Garonga’s guests, no matter who they are or where they have come from, are encouraged to leave their hectic life behind them and slow right down to meet the pace of life dictated by nature. Unlike other safari lodges, the urgency to ‘tick off’ species and adhere to safari schedules simply doesn’t exist here. At Garonga, guests are encouraged to relax and unwind, and in doing so allow intimate wildlife viewing and encounters to come to them … through the luxury of piping hot bush baths, sleep outs under nets, and open air aromatherapy and reflexology treatments. Early morning game drives are of course enjoyed, but never at the cost of a good night’s sleep, and often the very best wildlife encounters are experienced through the long leisurely walks through the bush led by knowledgeable and highly trained guides from the local community.

Garonga’s ‘Safari for the Soul’ philosophy is entirely borne out by Bernie’s actions. Actions speak louder than works and his have been decisive. In two years, he has invested heavily in alternative energies to the point that 40% of all energy for both camps is solar, and even the kitchen is powered by a gas converted from waste food. An organic garden provides 30% of the camp’s fruit and veg, with the remaining 70% coming from local suppliers. The entire camp is ingeniously free of plastic water bottles through the camp’s unique ‘Vivreau Water System’. All Garonga’s staff are employed from the local villages.

Even the animals and waders are benefiting from Bernie’s vision, thanks to a water treatment system that cleans and pumps all grey water into a waterhole in front of the Camp to create a larger wetland – which of course results in superb wildlife viewing for guests. 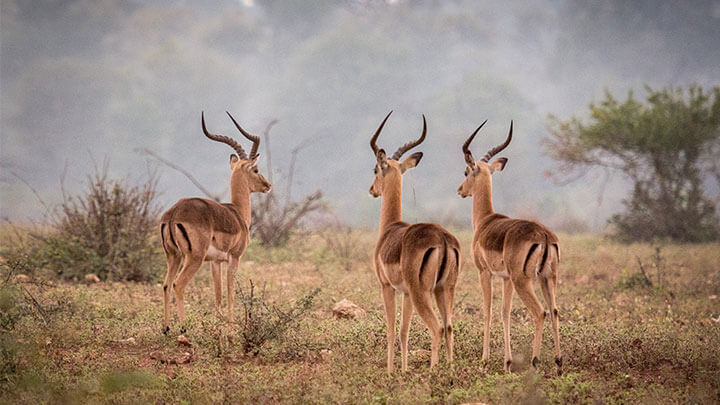 Guests access Garonga by scheduled flight from Johannesburg, followed by a 75 minute drive or via a scheduled flight to the Kruger Mpumalanga airport followed by a 30 minute hop to Garonga’s private airstrip. Rates are inclusive of meals, soft drinks and local alcoholic beverages and all game and bush activities.

Learn more about Garonga’s Safari for the Soul