The day many Disney fans have been waiting for has arrived! Hit film The Lion King returns to our cinema screens today in a live-action remake, starring the likes of Donald Glover and Béyonce. While we’ve no doubt names like Simba, Nala, Scar (boooo!) and Rafiki will bring back brilliant memories of the original film, if you’re anything like us the new movie will have you daydreaming about Africa’s wonderful wildlife. If you love the playful nature of Pumbaa you can spot him among the wilds of Sabi Sands Game Reserve in South Africa, or if you’re a sucker for Simba, you can see him and his pals in Serengeti National Park in Tanzania. To help you bring The Lion King to life, we’ve handpicked some of the best places to spy some of the characters in the African wilds.

Ahh, loveable Pumbaa! His absent-mindedness and foolish behaviour is incredibly endearing in the film. He reflects the nature of warthogs in real life, too, as while warthog in Swahili is ngiri, many locals give the nickname pumbaa to warthogs to describe their mannerisms in everyday life – lazy, stupid and careless! They’re still great to see on a safari drive and the luxury lodge Chitwa Chitwa is one of the best places to see them. Nestled within the unspoilt bushlands of Sabi Sands Game Reserve, Chitwa Chitwa overlooks a lake which acts as a watering hole for animals, so it’s not uncommon for you to see wildlife quenching their thirst while you’re at breakfast or dinner. Along with warthogs, Sabi Sands is home to the Big Five and in particular is one of the best places in Africa for spotting leopards. 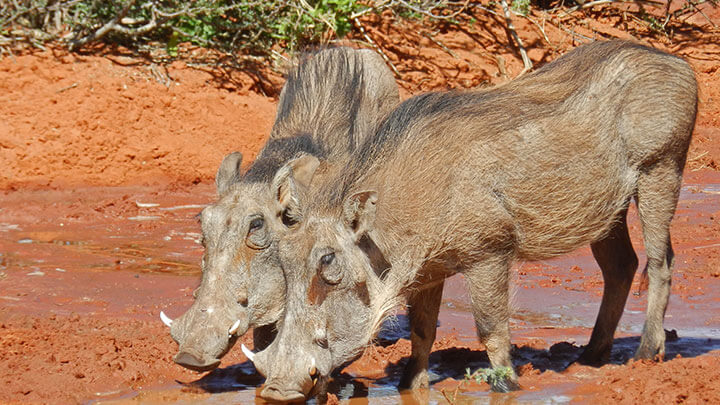 Zazu is Mufasa’s right-hand feathered friend, a loyal companion and advisor. Zazu is actually a Hebrew name meaning movement, perhaps due to the fact he can fly and his tendency to panic in emergency situations in the film!
The best place to spot Zazu, a red-billed hornbill, is at Sanctuary Makanyane Safari Lodge in Madikwe Game Reserve. Comprising epic red clay bushveld, the Madikwe is an authentic slice of African savannah, offering eye-popping views of the misty mountains and the Botswanan border beyond. Your glimpses of red-billed hornbills will often be spectacular, catching them perched on a lonely branch surveying their surroundings or nibbling away at the dirt in search of worms. Keep an eye out for their yellow-billed cousins, the Big Five, cheetahs and more unsung wildlife like bat-eared foxes and kudus. Back at the lodge, the rooms overlook a river, so even if you’re not on a game drive, you can watch wildlife all day! 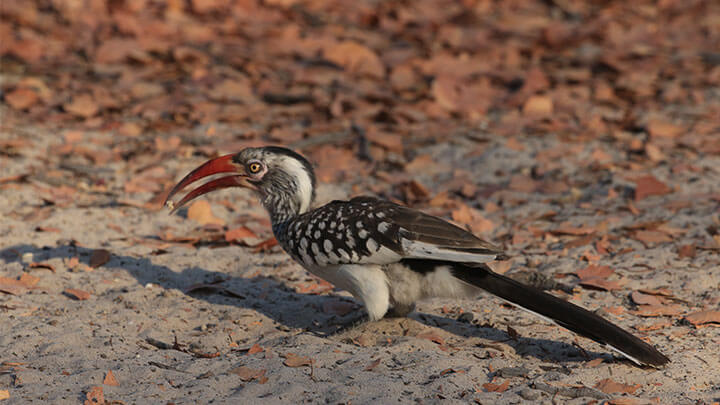 Okay, so the trio of hyenas didn’t come out of the original The Lion King with a great reputation (and it’s not going to change in the remake) but hear us out. In reality, they’re nothing like the sadistic and sniggering animals they’re portrayed as in the film. While they are scavengers, they’re actually extremely intelligent and live in a matriarchal society, which is very unusual among other mammals. That makes them captivating to observe and if you hear them ‘laughing’, which is actually barking, it thrillingly makes the hairs on your neck stand on end. Ol Seki Hemingways Mara Camp is ideally situated on the fringes of the famed Masai Mara. Like something from Out of Africa, the camp beautifully blends in with its surroundings, giving you the perfect base in which to spy these oft-misunderstood beasts. If you want the complete Lion King experience, there’s even a suite named Simba!
Of course, the Masai Mara is also home to the iconic Great Migration wildlife spectacle but whatever time you visit, the sheer density of wildlife – we’re talking giraffes, hippos, cheetahs and more – is astounding. 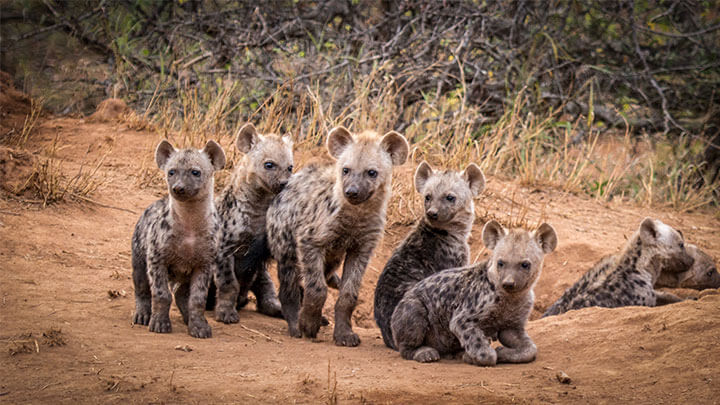 The likes of Simba (which, in Swahili, means lion) and Mufasa are the main characters of the film and lions are also among the premier attractions on a safari. Serengeti National Park in Tanzania is well known being home to the Great Migration, where a million-plus wildebeest thunder towards the Masai Mara in Kenya, but it’s also home to a healthy population of lions, so much so that you’d be forgiven for thinking you were at Pride Rock itself!
Lamai Serengeti is a small and intimate camp that has one of the best locations in the park, with a stunning vantage point over a wide-ranging river valley that stretches for miles. Here, you should be able to tick off a lion cub (young Simba), lioness (Nala) and male adult lion (Mufasa). Although, hopefully the likes of Scar stay away from the pride! 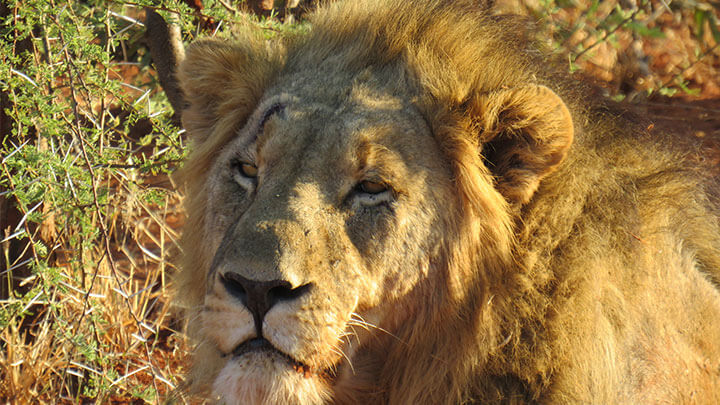 The very epitome of Hakuna Matata – the problem-free philosophy – Timon loves living the chilled life! His real-life cousins share similar personality traits, with lots of character and their lives living in packs mean they’re fiercely loyal – similar to Timon with Pumbaa and Simba. They’re most notably found in the Kalahari Desert, where you can often see the ‘sentry’ member perched atop a termite mound on the lookout for predators.
Our pick for spotting these cute creatures is Tswalu in the Kalahari. Here intimate safaris are the order of the day and you’ll spend days without seeing another vehicle – handy when meerkats are easily spooked. You can also track wilidlife on foot and go horseriding in the desert, spying the likes of black rhinos, buffalos and black-maned Kalahari lions (like Scar). At the end of the day, kick back and relax with a sundowner, before lying under a brilliant star-studded sky. Nights in Africa don’t get much better than that! 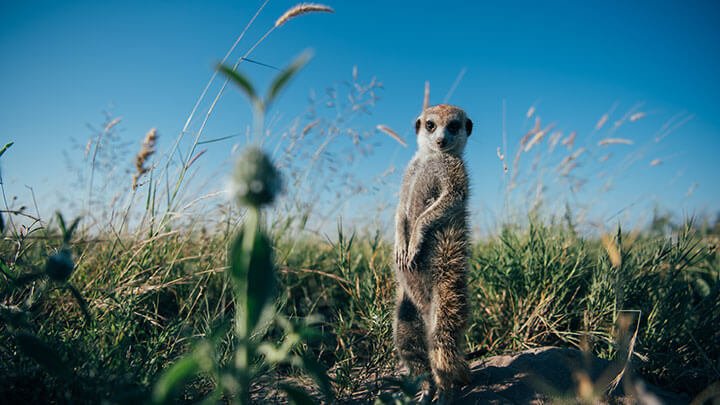 Sundays from the sky 💙 @sixsenseslaamu