The British Virgin Islands (or BVI for short) is a scattering of 60 islands, of which just 16 are inhabited, that pack in the very best of the Caribbean. Plus, with hundreds of secret bays and cays all in dazzling turquoise waters, the BVI is also one of the best sailing areas in the world. Grace uncovers these unique islands but shhhh… we like to think of them as nature’s little secrets.

The largest island in the BVI and home to Road Town, the archipelago’s capital. With pristine white-sand beaches, lush green mountains and yacht-filled harbours, this really is where everything happens. Step away from the sand and explore Tortola’s history with a visit to the 1780 Lower Estate Sugar Works Museum and learn how molasses, sugar and rum were produced until the 1940s. Be sure to drop into the Callwood Rum Distillery, which is the oldest operated distillery in the eastern Caribbean. If you did want some chill-out time, Cane Garden Bay and Smuggler’s Cove are the two beaches for you. 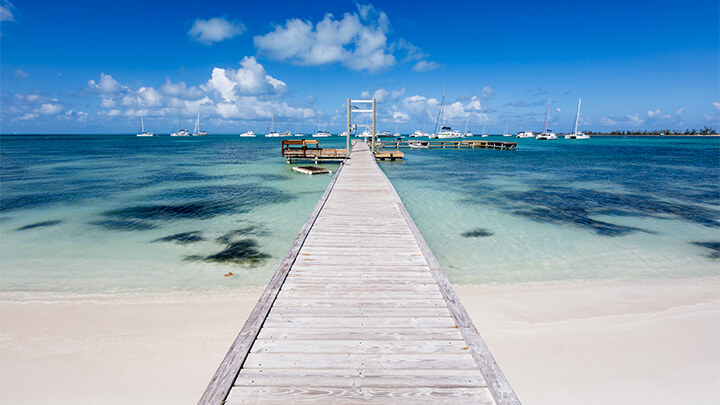 The third-largest island, known as the ‘Fat Virgin’ due to the shape of the island, offers quiet coves and five-star luxury hotels. Whether you’re visiting for the day or a week, you must visit The Baths National Park. Situated at the southern tip of the island between Spring Bay and Devil’s Bay, The Baths is an area of geological rock formations and is simply stunning! Its huge granite boulders create mysterious grottos and saltwater pools and if you walk through them you’ll end up at a pot of gold – Devil’s Bay! For another place for a swim or a stroll, check out Savannah Bay, which has more than a mile of white sand. 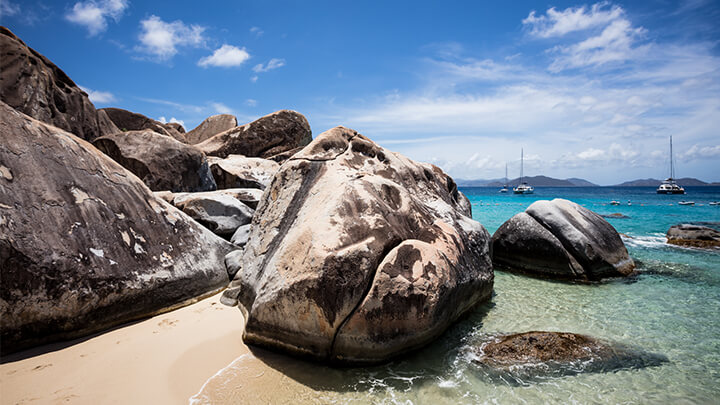 Though it’s just 12 miles from other islands in the archipelago, Anegada feels like you’ve landed on another planet. It’s the only coral island in the British Virgin Islands’ volcanic chain. Being nearly flat with striking coral reefs that surround it, you’ll find secluded sandy beaches and clear springs. The pink hue of flamingos ripple the salt ponds and gentle waves lap at beaches with whimsical names such as Loblolly Bay and Flash of Beauty. Be sure to visit Cow Wreck Beach Bar, have lunch at Big Bamboo for a rum punch with the locals and stay at Anegada Beach Club. Those waiting to unplug, this is the one for you – it has a pure desert island feeling. 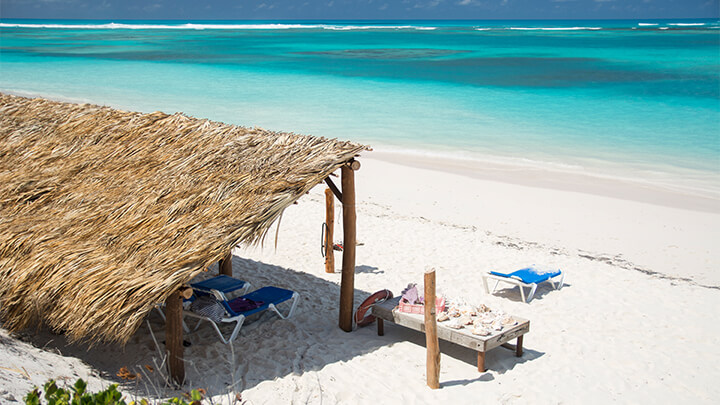 This 850-acre private island in the Caribbean boasts seven pristine beaches, incredible snorkelling and hiking trails. With just 15 cottages and four luxury villas, you can really escape with just birdsong to listen to. This slice of paradise really has a home-from-home feeling, with big and welcoming communal tables for breakfast, no keys or TVs. so get ready to check in and chill out. Let Guana be the backdrop to a perfect private island escape. 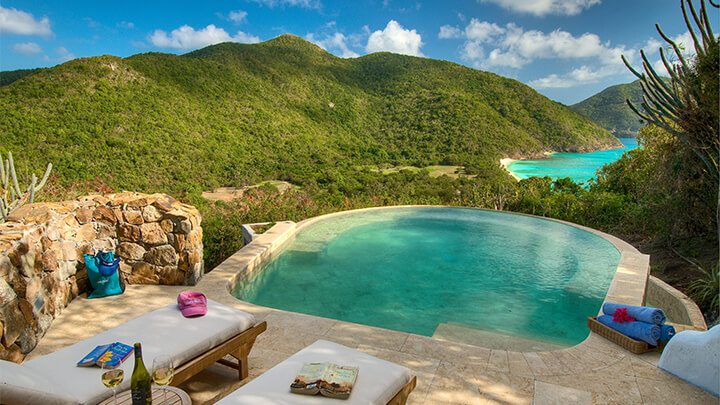