There is so much to see in Indonesia, we have pulled together our top 5 excursions in Indonesia that must be on your list…

Mount Bromo is located in east Java and should definitely be on the list for travellers who seek a sense of adventure. The best time to see Mount Bromo is sunrise so it does require a very early but incredibly worth while start to see this stunning landscape come into view. When the sun starts to rise, the horizon seems to go on forever and as the light touches more of the surrounding area the view just gets better and better. For the photography lovers out there you will be hard pressed to find a more picturesque landscape than Mount Bromo. Once you have witnessed the sunrise you can head down to the sea of sands at the base of the mountain before heading up the mountain itself. If you are lucky you’ll be able to hear the tremendous roar from the crater. 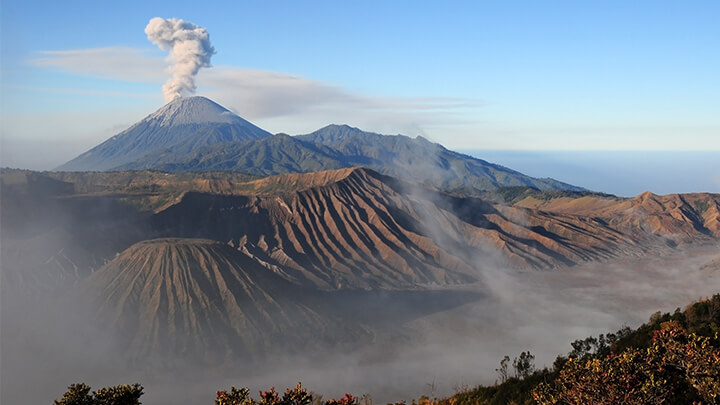 Located just south of Mount Bromo, Mount Ijen was made famous by the BBC documentary Human Planet. Its another early rise to make this trek worthwhile. From base camp to the summit takes around 2-3 hours depending on your level of fitness. On your way up you will notice miners carrying tremendous loads of sulphur down the mountain, sometimes up to 80kg. What makes Ijen so special is the summit itself. Once reached you will observe the strikingly blue lake in its crater and the blue flame spurting out gaps in the crater. The trek can be hazardous at times if not prepared so we strongly advise walking boots.

The Komodo islands are found in the eastern region of Indonesia called Flores which requires a 40 minute flight from Bali. For nature lovers Komodo is an absolute must. The Komodo dragon is one of the oldest creatures on earth and is said to be one of the closest living relatives to the dinosaurs today. The dragons can grow up to 3m long and weigh as much as 90kg but they are fast on their feet too, some have been recorded to run up to 20 kmh. They are located on two islands, the aptly named Komodo island and Rinca island. These beasts are not to be taking lightly, they are wild animals after all and a well-trained guide will escort you through the park at all times. Although the dragons are what makes this area famous the beaches and diving in this archipelago are some of the best in all of Indonesia. The best way to see this region is on a liveaboard where you will witness some of the best sunsets imaginable. 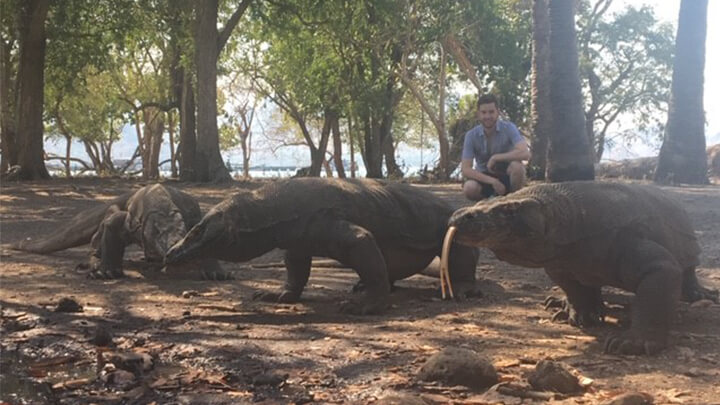 Borobudur is the largest Buddhist temple in the world and one of the oldest religious sights to exist, said to date back to the 8th century. Situated around an hours drive from Yogyakarta this temple, like most hotspots in Indonesia is best to visit at sunrise. The temple complex consists of 9 platforms which a central dome as its centrepiece and is surrounded by 3 volcanoes. If you go at the right time of the year the sun will rise above one of the volcanoes to make the experience even more spectacular. For those who love their history and culture, Borobudur should definitely be on the bucket list. 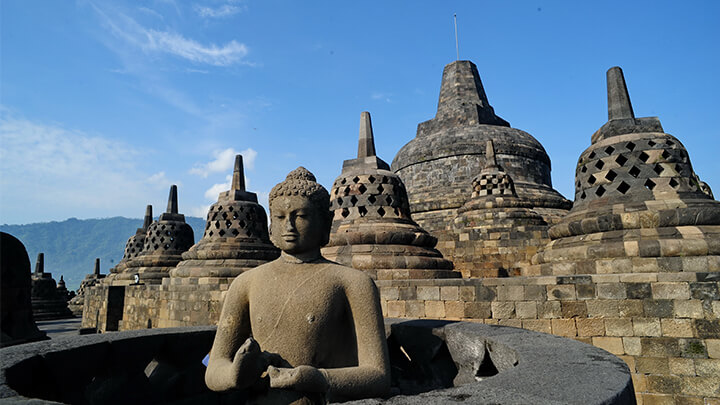 Kalimantan is located in Indonesian Borneo which is reachable by flights from Semerang, Java. Here you will find Camp Leaky which is home to the Orangutan, pristine jungle and remote villages. Camp Leaky which is a centre dedicated to the conservation and rehabilitation of these beautiful primates. Founded in 1971 the camp was originally built as a research centre but has since expanded to help the orangutan thrive. This region is best visited by staying on board a traditional river boat called a Klotok where you will drift down stream through the jungle and immersing yourself in the wilderness. Either stay in the comfort of one of the cabins on board or set up a bed on the outside deck and fall asleep under the stars with the soundtrack of the jungle as your lullaby. 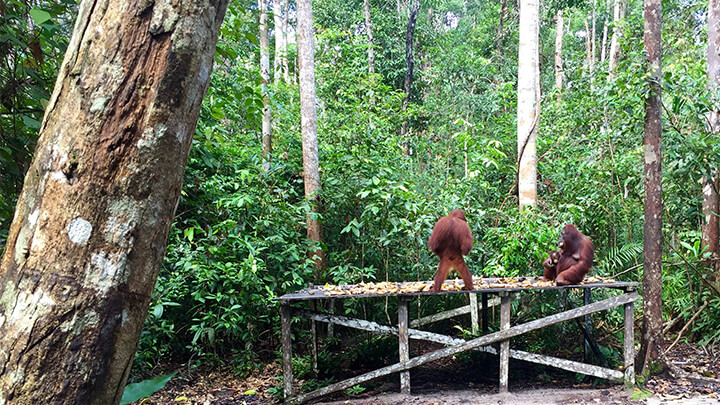 My first trip outside of Europe was when I was 14 to Malaysia. It was here when I contracted the incurable travel bug! I was amazed by the culture, the food and the surroundings of Asia so when I had…